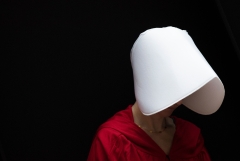 Fifty years under Roe v. Wade has encouraged many Americans to think of children as goods rather than gifts. Many of us no long receive children, but rather treat them as an accessory to customize according to adult desire and fashion.

Now, however, technology allows us to extend this disordered view into chilling territory. This includes in vitro fertilization (IVF) and commercial surrogacy, which involves hiring a woman to gestate someone else’s child for a fee. The surrogate acts strictly as a vessel or vehicle, emotionally and physically distancing herself from the child she carries.

There are no federal laws governing IVF or commercial surrogacy; it’s a state-level issue. While three states have laws prohibiting the practice, most states do not have coherent regulations or case law concerning surrogacy. Instead, they rely on traditional family law to sort out disputes over custody.

Some states, like California, sanction nearly every adult desire for children with little scrutiny, even when the outcome deprives a child of a mother or a father, or a safe family to grow up in. With permissive laws and its relative proximity to East Asia, the Golden State has become an international hot spot for commercial surrogacy. As one Chinese man said in an interview with NPR, “as long as you know what you want and you have the money, having children in the U.S. will always bring advantages.”

Since around 2013, wealthy Chinese nationals have shifted away from traditional birth tourism, whereby a pregnant Chinese woman comes to the United States with the intention of having her baby born here. Instead, they have increasingly relied on American surrogates to bear their children.

This is a shocking reversal of the familiar phenomenon of wealthy Americans adopting Chinese children, especially girls. With the expansion of China’s use of American soil and wombs for birth tourism and commercial surrogacy, China is one of the biggest clients of American assisted reproductive technology. The process can cost upwards of $300,000 per child.

Commercial surrogacy is illegal in China. Trafficking in sperm, eggs, and embryos is against Chinese law. In 2020, the Communist Party’s Central Political and Legal Affairs Commission condemned a Chinese-American’s use of commercial surrogacy. Even China, with its heinous human rights violations, decries the way in which surrogacy commodifies female bodies.

However, Chinese and American brokers may still market American uteruses as available for Chinese fetuses, in what Beijing officially recognizes as a form of dehumanizing birth colonialism. California, with its permissive surrogacy regime, willingly promotes this anti-human business.

Producing a child in the United States has many perks. At birth, children gain and maintain full U.S. citizenship, birth certificates and social security numbers, access to education, and a path for their biological parents to receive a green card when the child turns 21. Some agencies promote themselves as a “cheaper alternative than an EB-5 visa,” which costs $500,000 plus scads of time and paperwork.

With birth tourism, a pregnant woman must obtain a visa, travel to the U.S. to give birth, and find an agency to house and help secure the necessary paperwork before returning to China. The process can take months.

Now, however, a Chinese couple or individual can simply work with a U.S. based agency to send their reproductive material (sperm, egg, or embryo) to an IVF lab and implant it in a hired surrogate to produce a viable pregnancy. All without ever leaving China.

Unlike adoption, which is enormously expensive and complicated, commercial surrogacy in California does not require “purchasing parents” to submit background checks or endure home-based safety screenings. Neither the state, nor federal agencies, nor medical providers track surrogate births. Only the surrogacy agencies have this information.

Neither the state of California nor the United States knows who these children are or if their parents are foreign nationals.

Birth tourism, the Center for Immigration Studies estimates, produced 36,000 U.S. born children of foreign nationals in 2012 alone. These children, disproportionately from China, are born here with the sole intent of receiving citizenship before returning to their nation of origin. Similarly, anecdotal data from just one California agency reveals a few hundred births annually through commercial surrogacy agreements.

The dystopian implications of this process are obvious. One labor and delivery nurse described the process as “sex trafficking; the ultimate commercialization of children.” For example, if a man purchases the egg, the womb, and the necessary paperwork, the line between a legitimate commercial surrogacy agreement, driven perhaps by unfortunate health circumstances, and outright baby selling dissolves.

Moreover, U.S. citizenship shouldn’t be gamed. Citizens of the United States should think of themselves as American. That’s the minimal goal of assimilation. In the same way that children are not commodities to buy, sell, or customize according to a person’s will, neither is citizenship. To have thousands of children born with U.S. citizenship but raised geographically, ethnically, and culturally Chinese undermines American identity, and is also a grave national security concern.

International commercial surrogacy schemes promote the commodification of women and children, and contribute to a culture that sees humans as objects. The practice also devalues the meaning of citizenship. Our government needs to end this odious system.

Courtesy of The Heritage Foundation.