Dignity, Marriage, Children in The Age of Hollow Words 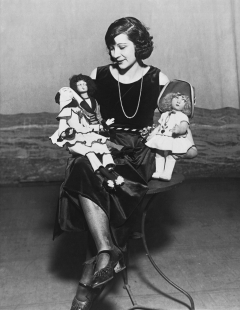 The history of marriage goes back thousands of years and has looked and been defined in slightly different ways over time and in different corners of the world. But the modern understanding of the idea of marriage in most Christian or former Christian countries comes from the religious union between a man and a woman.

This is an institution encouraged and lifted to a dignified place by Christ himself through His attendance of the wedding in Cana of Galilee. It was there that He chose to perform His first miracle.

And it was within the stability of a family that Christ himself chose to come into the world, in a place and from a people who had a very particular understanding of marriage. So, the dignity of marriage originates from such a tradition, one of both man and woman serving God together in union.

The potential legal  issues the Respect for Marriage Act might cause people of faith are being discussed, but let us focus on something else now.

The Respect for Marriage Act is very quick to point out what it takes as the obvious.

“Couples joining in marriage deserve to have the dignity, stability, and ongoing protection that marriage affords to families and children.”

But in the assumption it makes, lacunae in logic start to arise. If marriage affords dignity to families and to children, it does so based on its traditional understanding of what the union is supposed to be. If marriage is dignified, it is so because of its characteristics, which are based in tradition.

Otherwise, without its initial definition, the word is meaningless. So would a redefinition of marriage not alter this fundamental characteristic? And if marriage is already dignified, then why the need for additional ‘respect for marriage’ language?

Unless it is not marriage which is actually the recipient of this so called respect.

Unless we are dealing with the often employed linguistic hijacking and actually saying that it is a new experimental form of the family structure which we are trying out. In this case, the whole idea of dignity, stability and protection such a new union offers children is purely speculative because it has not been time tested.

Potential issues faced by children born and raised within these new parameters, be they psychological, emotional, physical are not known and cannot be guessed yet.

There simply is nothing in this new construction to have been experienced and verified over millennia as the traditional family structure has been. And, as we have seen even with the advent of the nuclear family, the stresses and harms any type of novelty might cause are not completely understood yet, even though they are profoundly felt.

The mother used to have ‘a village’ at her disposal to raise her children. After giving birth there would be relatives there taking care of her so that she could take care of the babies. She was surrounded by other women, who had gone through childbirth and child rearing and knew what she needed to eat and how she needed to be treated so that depression, anxiety, and disease could be staved off.

The nuclear family and the modern work environment isolates women and puts them in harm’s way when they are at their most vulnerable. It gives most of them little time to actually be and bond with their children. This results in a dangerously thin emotional reality, which can lead to mental and spiritual issues in both the mother and child.

The nuclear family, without the help of extended family, the modern day situation when both spouses have to work, all these make the emotional future of entire generations unsure. Yet, a nuclear family still provides more stability, especially when it is well calibrated, than a single household, in which things are more difficult to manage.

We are just starting to scratch the surface of possible issues within slightly different than traditional family structures. And yet we are ready to experiment on entire generations of children by ushering in radical change with same-sex parents?

The dignity given to the institution of marriage cannot be separated from the roots of its sacramental origin, and if it is, then it is not marriage, and the use of the word is an attempt to linguistically force a redefinition.

To use a word emptied of its meaning is to deceive and build a foundation upon a hollowed out ground.  It is to use the shape, the memory of a concept, without its essence. It is also, in this context, an abuse of language and an attempt to coerce the compliance of millions of minds. Such endeavors are equal to any totalitarian state’s development of intellectual and linguistic oppression.

Perhaps it is time for the word marriage to be left alone, in all its traditionally charged meaning, to be as sacred to some as it is loathsome to others.

After all, there is a reason traditionally Christian societies that were invaded by communist ideology were able to bounce back and run straight into the arms of their long-held beliefs again, despite propaganda, despite the attempts to control and censure words and thought, despite oppression, crimes, forced abortions, heartache…despite lived hell.

Or have we not heard ? The God of Abraham, Isaac and Jacob is the Word, that is, the essence of all existence. There is no playing with definitions, there is no room for manipulation and oppression. There is only truth known and lived in love (another often misused word).

So the respect for marriage is there already. But the Respect for Marriage Act does not intend to uphold either the definition of marriage or its due respect.  There is a better way to make room in society for those who need legal recognition of their new status. But it is not by attempting to demolish time-tested and tried values and structures.

It is easy to answer the question what makes marriage a dignified institution by superficially stating that human life does, and the right to choose how to live one’s life, or whom to love does. If that were the case then any choice one made would be a dignified one, even to the detriment of others. However, that is not the case.

We know that the safest environment for a child is a loving family. And the main purpose of a family is to provide love and stability to children. We know how the traditional structure works and are starting to see how any slight deviation from it affects children.

Unfortunately,  the truth of the matter is that society has become too focused on what adults want and need, on what potential parents desire. We are living though a time of souls aged and mutilated. We are living in an age where there is no place for children, their needs, their rights, their desires. We do not even see children as fully human most times. And all too often they are used as props for one’s fantasies or ego boosting annexes who matter less to us than our family pets.

From a Christian perspective, this goes against everything good. From a social perspective, how will these generations of children grow up to be? What society will they create? How will they treat us all when we are old and feeble and past the point of being able to make up for our abuses toward them? What future are we building for them and for us?