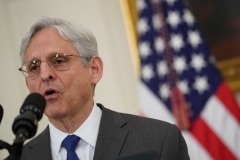 Usually, the Department of Justice does not investigate threats, viewing them as matters to be addressed by local law enforcement, rather than the federal government. But suddenly, that has changed, for ideological reasons.

"True threats" are unprotected by the First Amendment. But harsh rhetoric can't be punished as a "threat." And calling something "harassment" doesn't automatically strip it of protection under the First Amendment. As a federal appeals court noted in striking down a school's overly broad "harassment" code that restricted speech critical of homosexuality or feminism, "there is no categorical 'harassment exception' to the First Amendment's free speech clause." (See Saxe v. State College Area School District (2001)).

Parents have certainly aimed angry diatribes at school officials and left-wing teachers in recent weeks. But those diatribes are generally speech protected by the First Amendment, and few of them are "true threats."

Some angry messages from parents are likely to be viewed by progressive Justice Department civil-rights lawyers as "harassment" or "intimidation," even if they constitute speech protected by the First Amendment. In the 1990s, civil-rights officials in the Clinton administration investigated citizens for "harassment" and "intimidation" merely because those citizens spoke out against housing projects for recovering substance abusers or other classes of people protected by the Fair Housing Act. These civil-rights investigations largely ceased after a federal appeals court ruled such investigations violated the First Amendment, in White v. Lee (2000). But in 2017, a judge allowed bloggers to be sued for intimidation for angry blog posts that allegedly created a "hostile housing environment" (oddly, the bloggers raised no First Amendment defense against being sued for their speech, and the court's ruling didn't discuss the First Amendment at all).

Left-wing teachers unions support teaching critical race theory and requiring even the youngest children to wear masks. That angers some parents, who note that in European nations like England, young children don't have to wear masks, because health officials think that is unnecessary.

Teachers unions are very intolerant of criticism, and have sued conservative parents for filing freedom-of-information requests to try to find out what their children are being taught (such as if their children are being taught critical race theory). That has resulted in a backlash against the teachers unions, and harsh criticism of union leaders by parents, that union leaders may view as "harassing" or "intimidating."

Rory Cooper of the Georgetown Institute of Politics and Public Service says that "unions demanded that the Biden admin classify parents as threats and they did. This imbalance of power when it comes to their own kids is why parents are upset in the first place."

Attorney General Garland has a conflict of interest in bringing this investigation. Erika Sanzi of Parents Defending Education (PDE) notes that "parents are concerned over intrusive surveys and 'screeners' that ask 12-year-olds if they are pansexual or gender fluid. The surveys are often created/administered by" Panorama Education. "Merrick Garland's daughter is married to the president and founder." As PDE's Asra Nomani observes, "in its survey, [Panorama Education] asks students if they are 'pansexual' or 'gender fluid.'" She argues that by investigating parents, "U.S. Attorney General Merrick Garland is freezing parents protesting fraud and protecting his son-in-law's business interest."

As Nomani notes, the Fairfax County Public Schools are reportedly "diverting COVID cash to [Panorama Education] to data mine kids." And because Attorney General Merrick Garland’s daughter is married to Panorama's president, "Garland has a serious conflict of interest."

Suggesting to children at an early age that they are transgender can have negative consequences. Growing numbers of teenagers are being given puberty blockers after being deemed transgender -- even though some later decide they aren't transgender after all, and others become sexually dysfunctional as a result of their transgender treatment.

The puberty blockers teens are given can lead to fragile bones, hip fractures, and other harms caused by early-onset osteoporosis. Teens are not being informed about this potential harm by most doctors and clinics that profit from performing transgender treatments. That is classic medical malpractice, in the view of some doctors, and lawyers who, like me, have practiced law for decades. That includes Ted Frank, an expert on class action lawsuits and member of the prestigious American Law Institute. He says that the medical malpractice accompanying sex changes for minors is so grave that "there are millions to be made by the lawyers who sue the doctors and pharmaceutical companies who encouraged this to happen."

Many people later regret getting gender-reassignment surgery. As the Heritage Foundation notes, a study in Sweden found that "ten to 15 years after surgical reassignment, the suicide rate of those who had undergone sex-reassignment surgery rose to 20 times that of comparable peers."

Leftist media have sought to defuse the controversy by claiming critical race theory is an obscure academic concept not taught in most public schools. But it is taught in many public high schools, according to teacher surveys.

Twenty percent of urban school teachers admit to having taught or discussed critical race theory with their K-12 students, along with 8% of teachers nationally, according to a survey by Education Week, the largest media organ aimed at the K-12 education sector. These percentages are even higher in high schools, where books by critical race theorists are much more likely to be assigned to students than in elementary schools.

"ideology is pernicious. He divides the world into segregationists, assimilationists, and antiracists. The assimilationists, like the segregationists, are in Kendi’s telling all racists. This includes almost everyone prominent who has ever worked for civil rights, including Frederick Douglass, Booker T. Washington, W.E.B. DuBois (at least until he became a Communist), Martin Luther King, Jr., and more. Any book that depicts these individuals as racists should raise more than a few eyebrows before getting assigned to middle-schoolers.

The hero of the last third of the book is Angela Davis…even though she was [a] Communist who devoted most of her life to advancing Communism…. and was an over-the-top apologist for every brutal action ever taken by the USSR….

After a dubious acquittal from a charge of conspiracy to murder…she spent the most productive years of her career as an activist for the American Communist Party."

Davis condemned jailed Jewish dissidents in the Soviet Union as “‘Zionist fascists and opponents of socialism’” who should remain in prison.