Oregon Governor Commuted Killers’ Death Sentences. Some may be Released 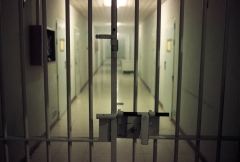 Oregon Governor Kate Brown recently commuted the death sentences of her state’s 17 death row inmates, all of them convicted killers.

News accounts claimed she reduced all their sentences to “life in prison without the possibility of parole.” But that’s not true, as The Oregonian newspaper discovered:

Brown, who is a Democrat, also left the door open for the individuals formerly on death row to seek parole. Although it was within the governor’s broad clemency powers to block all of the prisoners who received death row commutations from seeking parole, Brown chose not to do so.

A few convicted murderers whose crimes took place before 1989, when Oregon started allowing “true life” in prison without the possibility of parole as a sentencing option, could now argue in court that they should be allowed to seek parole because the “true life” sentences Brown just handed down were not among the potential punishments when they committed their crimes. A life sentence prior to 1989 included the possibility of parole after 20 to 30 years….

John Foote, who served as Clackamas County district attorney until early 2021, said he is worried that the former death row prisoners “will get up for parole. That’s the game here.”  “Had the governor’s office wanted to prevent these inmates from getting out on parole, they could have made the commutations conditional on the inmate never applying for parole,” Foote said.

At least “four men” fall into this group that could seek parole, such as Randy Lee Guzek, who was convicted of killing Rod and Lois Houser.

The other 13 whose sentences Brown commuted could also eventually be released through progressive legislation known as “second look” legislation, even if they are not eligible for parole. One of those 13 is Jesse Caleb Compton. As the Daily Caller notes,

Compton persistently tortured his girlfriend’s toddler daughter in 1997, sexually abusing the child, breaking her back and tying her up for hours before she died after he struck her head repeatedly and stomped on her, according to court records. A jury convicted him of aggravated murder, murder by abuse, two counts of first degree sexual penetration and second-degree abuse of a corpse.

Under Oregon’s “second look” law, a sentence can be reduced, and an inmate released, if the inmate and a district attorney petition to have his sentence reduced. That’s true regardless of whether the inmate was sentenced to life imprisonment, or is not yet eligible for parole, or has been denied parole by the parole board. Right now, the second-look law excludes aggravated murderers from its reach. But advocates of second-look legislation support allowing all inmates who have spent 10 or 15 years in prison to seek a reduction in their sentence. For example, Virginia’s proposed second-look legislation allows Class 1 felons to be released, even though they consist of people who have committed aggravated murders, who ordinarily are not eligible for parole or geriatric release. Originally, second-look legislation in Oregon and elsewhere only covered criminals who committed their crimes at below age 18. But second-look laws have steadily broadened since then to cover all types of offenses and ages. Washington, DC’s law was first expanded to people who committed their crimes at below age 25 in 2019. In 2022, the DC Council voted to expand it to cover offenders of all ages and all types of offenses, provided that an offender has served 20 years in prison (if the crime was committed at age 25 or above) or 15 years in prison (if the crime was committed at below age 25). Progressive groups in Oregon are already touting the DC Council’s recent action as a model for their state.

Advocates of second-look laws argue that “most people age out of criminal behavior over time,” with some falsely claiming that inmates can safely be released by their late 30s. For example, the Law Enforcement Action Partnership, which is funded by left-wing billionaire George Soros‘ foundation, has mistakenly claimed that keeping people in prison who were sent there “a decade ago” does “very little, if anything, to maintain safety.”

But experts say many inmates do not age out of crime, even when they reach their 50s or 60s. In February 2022, the U.S. Sentencing Commission issued a report finding that over an eight-year period, violent offenders returned to crime at a 63.8% rate. Even among those over age 60, 25.1% of violent offenders were rearrested. Many inmates commit more murders or violent crimes decades after they were first sent to prison. At the age of 76, Albert Flick murdered a woman, stabbing her at least 11 times while her twin children watched. He had earlier spent 25 years in prison for killing his wife by stabbing her 14 times in front of her daughter. At the age of 19, while on parole, Kenneth McDuff shot and killed two boys, then killed a girl after raping her and torturing her with burns and a broomstick. After being paroled years later at the age of 43, he murdered additional women — as many as 15 women in several states.

Cutting sentences can also increase the crime rate by encouraging offenders to re-offend, or tempting previously law-abiding people to commit crimes. For example, some researchers have concluded that the death penalty saves lives by deterring murder more effectively than mere imprisonment. As the Associated Press noted in 2007, “Each execution deters an average of 18 murders, according to a 2003 nationwide study by professors at Emory University. (Other studies have estimated the deterred murders per execution at three, five and 14).” Similarly, studies published by the National Bureau of Economic Research and Santa Clara University have found that longer periods of incarceration deter crimes from being committed.

The murderers whose sentences were commuted by Governor Brown could also some day be released through geriatric release legislation, which allows some elderly inmates to be released even if they are not eligible for parole. Historically, few inmates have been given a geriatric release in Oregon. But this could easily change, as progressive Oregon considers legislation to lower the age of geriatric release. In many state legislatures, progressives have pushed to lower the minimum age of geriatric release from age 60 to 50. This reflects the false belief among soft-on-crime progressives, that inmates age very quickly in prison, and thus already are elderly by their 50s. In reality, that’s false: A recent peer-reviewed study in the American Economic Journal finds criminals have lower mortality rates in prison than they do outside of prison. That study, titled “The Health Effects of Prison,” found that when prisoners have to serve more time before being released,

The increased time served did not harm post-release health and actually reduced mortality risk. We find especially large decreases in mortality for offenders not previously incarcerated, younger offenders, and those more attached to the labor market. Risk of suicide and circulatory death fell for inmates with mental health problems and older inmates, respectively.

Criminals do not have particularly long life spans. But going to prison actually curbs some of criminals’ self-destructive behaviors. Thus, criminals tend to live longer in prison than outside of it.