On the morning of July 19, news broke that Manhattan District Attorney (DA) Alvin Bragg dropped a second-degree murder charge against 61-year-old, bodega clerk, Jose Alba. Earlier in the month, Alba had been arrested in Manhattan and charged with murder after defending himself from 35-year-old Austin Simon’s attack.

Alba’s saga is just one of many instances sending the same message. It is one that Soros-backed prosecutors and the left have been pushing for years: you do not have the right to defend yourself, ever.

Video surveillance would show Simon’s girlfriend berating Alba after her government issued food-stamp debit card was declined. Only moments later, Simon entered the store, walked behind the counter and shoved Alba against the wall. Simon then stood over Alba and blocked his exit.

When Alba attempted to get up, Simon grabbed him by the neck. That’s when Alba reached for a knife and stabbed Simon during the brawl that ensued. Simon died.

Alba’s bail was originally set at $250K, an outlandish number considering DA Bragg is an advocate for ending the cash bail system. In a move paralleling Bragg’s distaste for self-defense, ‘GoFundMe’ removed Alba’s page after people began donating to him.

After his arrest, it was revealed that Simon’s girlfriend pulled out her own knife and reportedly stabbed Alba during the brawl. At the time officers chose not to arrest her explaining that she was simply defending her boyfriend. 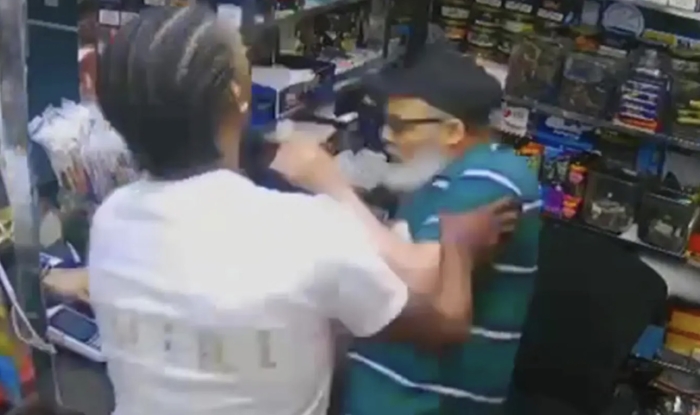 So, in the city of Manhattan you encourage your boyfriend to assault the man who refuses to let you steal from him and you have the legal license to stab him when he fights back.

Thankfully, the charges were dropped. But why were they filed to begin with? And why hasn’t the DA instructed his deputies to avoid charging victims and instead stay focused on the myriad number of violent criminals?

Alba’s mistreatment is the natural outworking of the Soros-backed prosecutors’ efforts to protect the criminal at all costs.

Remember the Rittenhouse trial? Kyle Rittenhouse was charged with murder. But just like Mr. Alba’s case, every second of that altercation was caught on camera. And in Rittenhouse’s trial, the jury was presented with undeniable evidence that every shot Rittenhouse took was legally justifiable.

But of course, the idea of self-defense is so foreign, perverse, and hated by the left that prosecutors in the Rittenhouse case sounded like they practiced law in an entirely different country. 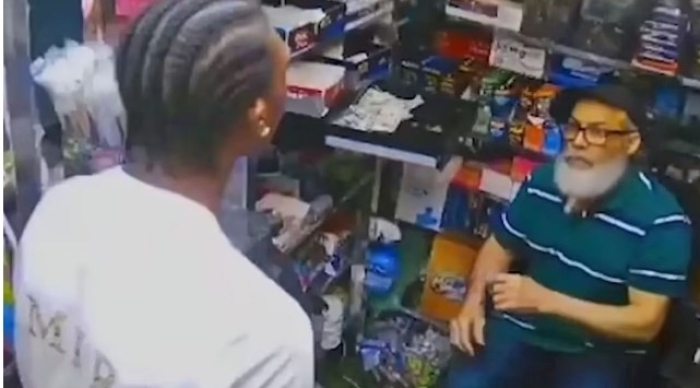 Prosecutor Thomas Binger falsely stated, “You lose the right to self-defense when you are the one who brought the gun.” Prosecutor James Kraus’ statements suggested that Rittenhouse should have let the mob beat him and trust that they may have left him barley breathing. Bragg and other NY officials would doubtlessly give New Yorkers the same advice.

Alba’s case is just another sad reminder that in many of the darkest blue cities, the government is no longer on the side of the law-abiding citizen. In these communities, it’s the criminal that is the one that is to be pitied and revered: he’s a product of a broken system and his violent actions are the fruits of his desperation.

Sadly, cities across America are pushing this madness. In Chicago, DA Kim Foxx raised the threshold for felony theft prosecution to reduce the number of shoplifters who go to jail. In Philadelphia, DA Larry Krasner has dropped or lost 47% of all illegal firearms cases in his first two years (a rate 42% greater than his predecessor). In New York, DA Alvin Bragg stated that his policy would be to make prison time a last resort for stopping crime.

Today the message is clear. Criminals across the country understand that they can take what they want and hurt who they want with impunity. Even for law-abiding Americans who do not work alone in bodegas, the danger is real.

Last month, Starbucks announced that it will be closing a total of 16 stores in LA, Seattle, Portland, D.C., and Philadelphia – largely due to the crime environment. In a statement last week, Starbucks CEO, Howard Shultz, said that “America has become unsafe.”

It’s abundantly clear that dark blue cities are the problem. Progressive experiments like lowering sentences for violent crimes, getting rid of bail, and re-classifying felonies as misdemeanors have made the crime issue one of the most pressing issues in this election season.

At the end of the day, Jose Alba got lucky. More defendants in self-defense cases lose than are exonerated as the left has slowly been legally and socially eroding the right of self-defense for years. These policies and those of the left on crime can’t go on.

Frank Garcia, the chairman of one of the largest Latino advocacy groups in NY, explained that Alba’s release reveals a larger issue, “… the laws really don’t protect our members… If we didn’t come together … we would have had a member in jail for 30 years.”

Society must return to cherishing the right of self-defense. It’s the foundation of all liberties. If you can’t protect yourself, if officers can’t hold criminals accountable, and if leaders can invalidate the Constitution at will, there is no difference between our society and anarchy.

More and more Americans realize how unfair it is to have to choose between jail and death. People want to live and work in a safe environment, and if things don’t change, those promoting such dangerous and soft on crime policies may soon find themselves out of office.

Horace Cooper is a legal commentator and Chairman of Project 21, the conservative leadership network for Black Americans.