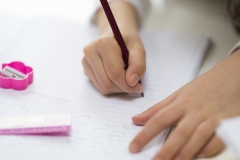 My first submission ever to an American news magazine was as a Canadian, in the early 2000s. What was visited upon me, on that occasion, shook me to the core.

I had been published by the Canadian Financial Post, a national newspaper, on the topic of intellectual property rights. Oh, the luxury of intellectual pursuit for the sake of it; these days, survival as free individuals is the pressing topic of the day.

Naturally, I credited scholarship galvanized in the making of my argument. And so, mentioned were Sir Arnold Plant, Tom G. Palmer and Stephan Kinsella, with whom I later collaborated in an IP symposium for the now-defunct Insight magazine.

The IP column submitted to the American Magazine was fielded by a well-known editor, a gate-keeper, who, in the unethical American model was both editor, writer, and syndicated columnist. Still is.

Unethical, why? Because division of labor in our profession prevents corrupting conflict of interest. The latter always and everywhere gives rise to unethical conduct, all the more so given the grubby, ego-driven nature of journalism and journalists in America. With a few admirable exceptions (Townhall, American Greatness, CNSNews), almost all conservative editors also colonize their own editorial pages with their own copy.

Such opportunistic misconduct is zero-sum. The bad pushes out the good. In direct conflict with their mission, editors have the greatest incentive to keep talent off the pages, in-case it usurps theirs—and worse.

This particular editor-cum-writer-cum-syndicated columnist replied to my submission in the negative: My piece (similar in “shoddiness” to “How Things Would Work In A Copyright Free Universe“) was just too shallow for his magazine. In other words, “Be gone with you, lesser Canadian woman.”

My piece, however, was not too shallow for—wait for this—the American Editor’s syndicated column, where my column’s ideas cameoed in the United States under the dishonest man’s byline. Oh, yes. American Editor had excised smarty pants woman, seized upon her argument and her scrupulous citations of American scholars—and got himself a neat little column for his dry-as-dust syndicated slot.

Perhaps one day I shall name him, although to what avail, I don’t know. While it repulses me and I will not countenance it or be victim of it—unethical conduct doesn’t repulse many conservatives in the least.

I continue to be appalled afresh along this long and winding road (to conjure the pathos of the Beatles), and as the unfortunate topic of this week’s column attests.

Here’s the takeaway lesson (as the kids like to say): Ecumenical submission to heavily promoted second-handers is not in me. When these second-handers pick the brains of longtime, marginalized, prolific, independent dissidents sans acknowledgement—they will be called out.