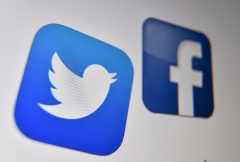 President Biden’s Department of Justice just wrote a letter endorsing the American Innovation and Choice Online Act (AICOA), which has already passed the Senate Judiciary Committee. According to the letter, this antitrust legislation is needed because the “power of such platforms is likely to continue to grow unless checked. This puts at risk the nation’s economic progress and prosperity, ultimately threatening the economic liberty that undergirds our democracy.”

These are legitimate concerns, which is likely why conservative stalwarts such as Josh Hawley and Ted Cruz have endorsed AICOA and the Open App Markets Act, another antitrust bill aimed at Google and Apple. These senators are rightly outraged over how the Silicon Valley oligopoly uses its market power to censor voices on the Right. More and more conservatives and libertarians recognize that we cannot expect the free market to self-correct the censorship without addressing the role government plays in propping up Big Tech’s business model in the first place.

Big Tech did not arise out of some Lockean state of nature — our nation’s laws created the environment for Big Tech to become what it is today. Silicon Valley has benefited from government privileges that have displaced traditional common law tort and contract rules fundamental to free and open markets, allowing the platforms to bait consumers with promises of free speech, only to switch to censorship after achieving near-monopoly status. Apparently Big Tech is just more equal than other businesses.

And the stakes of Silicon Valley’s censorship could not be higher. The New York Times’ jarring admission regarding the Hunter Biden laptop story, which both Twitter and Facebook censored weeks before the 2020 election, is just the tip of the iceberg.

Consider the battle over COVID-19 misinformation. Twitter’s “medical misinformation” policies once prohibited “false or misleading claims that people who have received the vaccine can spread...the virus...to unvaccinated people.” However, CDC and other health authorities have conceded that “vaccinated people can still become infected and have the potential to spread the virus to others.”

Twitter later claimed that this was a “typo,” but it kicked independent journalist Alex Berenson, who I represent in litigation against the company, off its platform for a tweet that included the assertion that the COVID-19 vaccines do not “stop infection” or “transmission.”

How did we get here? Many courts have interpreted Section 230 of the Communications Decency Act, a statute enacted by the Republican Revolution Congress aimed at protecting children from pornography online, to shield Big Tech from any liability for talking the talk of free speech while walking the walk of censorship. At the same time, the platforms lock in gains by amassing patent protection and a favorable regulatory environment, both of which help stave off competition.

And it’s almost impossible to separate content moderation from government interference. President Biden has frequently threatened to sanction Big Tech if it does not censor speech of which he disapproves. Federal Trade Commission Chair Lina Khan has also advocated using antitrust law to indirectly prevent disinformation. During his confirmation hearing for Attorney General, Merrick Garland promised to work with the Senate to pass legislation to fight “online misinformation.”

Yet while the social media marketplace must be reformed, we should ask if legislation sponsored and endorsed by the Democratic leadership urging more censorship will help the problem.

Neither of these bills are meant to counter censorship of ideas. Instead, they both regulate how Apple, Google, and Amazon treat businesses that rely on their platforms to sell services. Because the bills include economic “non-discrimination” language, many conservative supporters of these bills think that they will incidentally protect free speech. As Protocol noted, Ted Cruz and other conservatives hoped these provisions “might also prevent them from punishing companies like Parler when they break platforms’ rules.”

Unfortunately, as Noah Peters noted in The American Conservative, the bills allow the platforms to discriminate against competitors if they deem it necessary to protect online “safety.” The bills do not define safety, which means that exception will swallow any incidental free speech benefit. Twitter has a Trust and Safety division and its “Medical Misinformation” policy explicitly bans speech only when it deems it “likely to impact public safety.” Parler was banned from Androids and iPhones under Apple’s “Safety” rules and Google’s  “Safety Center” rules. Notably, some Big Tech companies such as Microsoft are lobbying for the Open App Markets Act, specifically citing the “Safety” exemption in their support.

Instead of empowering the Administrative State with laws which have significant loopholes to allow censorship, the Right would be much better served by focusing on reforming Section 230. Congress should reinstate the original purpose of Section 230 and clarify that it does not preempt state anti-discrimination, common carriage, false advertising, or contract law, all of which can be used to require Big Tech platforms to live up to their stated free speech goals.

Unless these antitrust bills are changed, Big Tech will use them as a justification for more political bias and censorship. Conservative leaders should not give their approval to such efforts.

James R. Lawrence, III is a Partner at Envisage Law, where he represents clients fighting Big Tech censorship. He previously served as a Deputy General Counsel in the U.S. Department of Health and Human Services and as outgoing FDA Chief Counsel under President Donald J. Trump.
donate
mrc merch