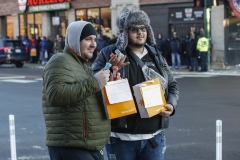 Recreational marijuana is legal in 11 states and more than 20 more states permit the use of so-called “medical marijuana.”

I say “so-called” because, as NYU drug policy expert Mark Kleinman has put it, “the vast majority of ‘patients’ buying ‘medical marijuana’ aren’t doing so under any sort of active medical supervision....Many of them aren’t ‘treating’ anything but their desire to get high.”

Dr. Erik Messamore, a psychiatrist with a doctorate in psychopharmacology, recently brought attention to a study published by a branch of NIH about my state, which is ground zero of the marijuana push in the United States. The title of the study telegraphs the punchline: “Legalized Cannabis in Colorado Emergency Departments: A Cautionary Review of Negative Health and Safety Effects.”

This “cautionary review” begins rather bluntly: “Cannabis legalization has led to significant health consequences, particularly to patients in emergency departments and hospitals in Colorado.” The consequences that are, in their words, “most concerning” are “psychosis, suicide, and other substance abuse,” not to mention the impairment of a user’s “complex decision-making,” which may be irreversible, even by subsequent abstinence.

In Colorado, cannabis-related emergency and urgent-care visits among “teenagers and young adults” increased nearly three-fold after legalization. Most of these visits required “behavioral health evaluation.”

To quote the G.I. Joe public service announcements of my youth, “Now you know, and knowing is half the battle.” Except, and this should disturb us all, the link between cannabis use and mental illness was already well-known before legalization.

In his book, No One Cares About Crazy People, Ron Powers (who co-wrote the World War II history Flags of Our Fathers) told the story of his two sons, both diagnosed with schizophrenia in their early twenties. Marijuana use, Powers learned, contributed to their diagnosis. Specifically, marijuana use increases the chances of schizophrenia for people who carry the genes AKT1 and COMT, which “affect brain chemistry.” Powers’ sons had these genes. One of them committed suicide, and the other attempted suicide but was saved through a timely intervention.

Again, all of this was known in 2014 when Colorado eagerly legalized cannabis. It’s still known today, even as legal weed marches across the rest of the country.

By the way, do you know what is also known? The claim that you can somehow limit marijuana use to adults who are just looking to relax or get high, and keep it away from kids and schools, is, well, excrement. Even before legalization, teenagers had no problem getting marijuana. Are we supposed to believe that legalization has made it more difficult?

And, how are we supposed to keep those with the triggering genes from using? Unless there’s a known family history of schizophrenia, chances are the first time someone knows they have AKT1 or COMT is after they land in the psych ward.

Despite what we know about the effects of marijuana use on teenage brains and the genetic-related danger to some, we are committed to playing Russian Roulette with young lives. And media outlets loudly proclaim legalization as “inevitable” and part of our expanding “freedom,” even while stories about the hazards go underreported.

By the way, this “cautionary review” was published a year ago. I only heard about it recently. It clearly escaped the attention of just about everyone, including those tasked with knowing.

Given all the talk of listening to scientists and experts about COVID-19, climate change, and all kinds of other subjects, why are we ignoring the clear data on this? If there are links (and there are) between cannabis, psychosis, and suicide, especially with teenagers and young adults, there should be no more discussion. Wanting to get high is no excuse for allowing others to be hurt.