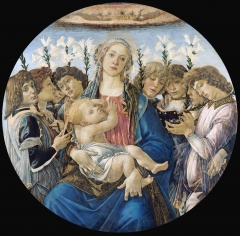 Nearly 20 years ago, Archbishop John Myers wrote a pastoral letter in which he reminded his flock of the basics upon which our fight to end the slaughter of the innocents is based, saying that “most people would be horrified by a proposal to kill another person.” He explained that this is why proponents of abortion, euthanasia, and other crimes against humanity start by depersonalizing the individual who will die. Thus, sin and mercy are denied.

His hypothesis is just as accurate today as it was when he wrote it, but the callous disregard for the humanity of the preborn, the disabled, and the elderly is far worse today.

Imagine asking this question in the current climate: “When was a ‘personally opposed’ politician brave enough to admit that, yes, the face in the surgical bucket after a third-trimester hysterotomy really does look troublingly human?”

The truth is that every abortion kills someone who is no different than you, me, or your neighbor. The denial of this truth results in a rejection of human dignity. St. John Paul II writes about this very thing, saying: “It cannot be denied that such a culture of death, taken as a whole, betrays a completely individualistic concept of freedom, which ends up by becoming the freedom of ‘the strong’ against the weak who have no choice but to submit.”

Mercy for the weak is denied in favor of the deadly sin of murder. We are told repeatedly that abortion is healthcare—simply another service on an equal par with treating the common cold or a corn on your toe.

Many Americans believe that pregnancy centers—where expectant mothers are mercifully cared for and their children’s lives affirmed—are fake clinics that need to shut down. You might wonder how it is possible for the media to be so flagrantly deceptive when studies tell us that these clinics help millions of women.

But, given the immense bias in the media against truth, facts, and reality, maybe you do not wonder about such things.

And here’s the kicker. In the event that the man embraced by the United States Conference of Catholic Bishops actually is confirmed as the 46th president of the United States, America will face an onslaught of new actions against the preborn, denying the human dignity of the person and eradicating any hope of political recognition of the truth, facts, and reality of which we write.

So, what are we to do in the face of such public denial of reality? The answers may surprise you.

We pray for our nation, our families, and for the guidance we need every day to be stronger in our witness to life.

We continue to emphasize the humanity of the child at every stage of his biological development, whether he is a single cell or a nine-month-old baby getting ready to make his debut by being born alive.

We focus on the wonderful advances we have made in our ability to defend the elderly, and we ensure compassionate care for the ill and the dying that does not involve direct murder—an act often mistakenly defined as comfort care or palliative care.

We share beautiful firsthand accounts of the remarkable things that can be experienced by loving others unselfishly and with a Christlike concern for the well-being of the other.

Being a light for others, especially in our current climate, goes a long way toward protecting the bodies of the innocent, exposing the sins for what they are, and living a life of mercy toward others.

Archbishop Myers gave us hope all those years ago, and to this day it rings true. Let us reflect upon his words and pray for Christ’s guidance:

God creates us as bodily persons. Jesus Christ, our brother in human flesh, redeems us by his bodily life, death, and rising. By the power of the Holy Spirit, we are called to rise with Jesus from death and to live forever, body and soul, with God. Let us ask Mary, who bore the Deity in diapers, who was and is Theotokos—Mother of God, and who exemplified the meaning and dignity of the human body for her Son, to be our model and patroness in the work that lies ahead.

American Life League is the nation's oldest grassroots, Catholic, pro-life organization. Its president, Judie Brown, has led the organization since its 1979 beginning. She has served three terms on the Pontifical Academy for Life—appointed twice by Pope John Paul II and again by Pope Benedict XVI.