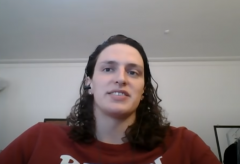 Earlier in December, University of Pennsylvania swimmer Lia Thomas crushed the competition and broke two female national records at the Zippy Invitational. And Thomas' wins automatically qualified the swimmer for the national championship meet in Atlanta in March 2022. The problem? Thomas is biologically a male.

In September, Alana McLaughlin won an MMA debut in the second round upon using a rear-naked choke against Celine Provost. McLaughlin is the second transgender woman to compete in MMA and said, "I want to pick up the mantle that Fallon put down." For reference, Fallon Fox is the transgender MMA fighter who fractured an opponent's skull in 2014.

Progressives hail these victories as progress for the trans community, and Thomas stated in an interview with SwimSwam that the International Olympic Committee (IOC) guidelines for intersex and trans athletes are fair. Of course, therein lie two questions: what are the guidelines, and are they, in fact, fair? Let's find out.

However, earlier in 2021, the IOC further refined its guidelines to remove the testosterone threshold requirement and allow international federations to establish requirements. The guidelines state, "the IOC is therefore not in a position to issue regulations that define eligibility criteria for every sport, discipline, or event across the very different national jurisdictions and sports systems." In other words, there are no longer universal guidelines when it comes to trans athletes.

Still, while there are no longer universal guidelines, the National Collegiate Athletic Association (NCAA) has rules for trans athletes competing in college sports. Specifically, NCAA guidelines state that if a male wants to compete in women's sports, he must first complete one year of testosterone suppression medication. Unfortunately, this therapy doesn't level the playing field.

According to a recent study by the British Journal of Medicine on the effect of gender-affirming hormones on athletic performance among transwomen and transmen, even after two years of hormone treatment, transwomen were still 12 percent quicker than their female counterparts.

Another study by sports scientist Tommy Lundberg and published in the National Library of Medicine found that transwomen generally retain their strength levels after one year and maintain an edge in strength over ciswomen. Lundberg stated to DW, "the big problem right now is that the [hormone] therapy itself doesn't really remove the advantage to an extent that you can claim that fairness has been achieved. And actually, the IOC states that the overriding objective is, and remains, the guarantee of fair competition. That's what they say in their guidelines. So that's the problem right now: They don't go hand-in-hand."

Indeed, in another PubMed study released in early 2021, researchers found that the performance gap between males and females becomes significant at puberty. Pointedly, it concluded, "longitudinal studies examining the effects of testosterone suppression on muscle mass and strength in transgender women consistently show very modest changes, where the loss of lean body mass, muscle area, and strength typically amounts to approximately 5 percent after 12 months of treatment. Thus, the muscular advantage enjoyed by transgender women is only minimally reduced when testosterone is suppressed. Sports organizations should consider this evidence when reassessing current policies regarding participation of transgender women in the female category of sport."

After Lia Thomas dominated the 200m freestyle with a time of 1:43:47, the swimer allegedly bragged, "that was so easy, I was cruising." Further, one of Thomas' teammates said about females competing against Thomas, "They feel so discouraged because no matter how much work they put in it, they’re going to lose. Usually, they can get behind the blocks and know they out-trained all their competitors and they’re going to win and give it all they’ve got. Now they’re having to go behind the blocks knowing no matter what, they do not have the chance to win." Both of these comments reflect the reality of women competing against biological males.

Before starting her career as a journalist, Katie proudly served in the Air Force as an Airborne Operations Technician on JSTARS. Katie has a degree in Analytic Philosophy and a minor in Cognitive Studies from the University of Colorado. She uses this to help further her understanding of current issues — from politics to economics to the environment. Katie’s writing has appeared on CNSNews.com, The Maverick Observer, The Motley Fool, First Quarter Finance, The Cheat Sheet, Investing.com, and numerous other sites. Follow her on Twitter @TMOKatieSpence.