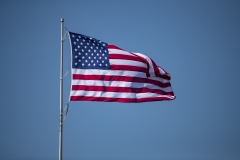 A notorious bill moving through Congress – H.R. 1 – contains a swarm of bad ideas. But little noticed is a provision that makes Election Day obsolete. We’ve lost so many unifying cultural events that bring Americans together, it is no surprise that H.R.1 not only would start the election weeks earlier, but also prolong the election well after Election Day.

H.R. 1/S. 1 cancels Election Day in requiring that states provide at least 10 days after Election Day for mail ballots to roll in for normal counting. Even worse, states can add even more time if they so choose. Georgia can add two business days. Pennsylvania could heap on two more weeks. The extensions beyond the federal minimum do not have to be uniform under the proposed bills.

Believe it or not, communities, as well as families across America, still gather together on Election Night to watch the returns and applaud or cry over the outcome. Before we all hunkered down because of COIVD, watch parties roared on bigger -- and sometimes more fun -- than Super Bowl gatherings.

There’s a certain unifying magic to Election Day. Americans have a shared experience. Democrats stand next to Republicans in line to vote.  The public business of voting is experienced and witnessed almost hundreds of millions of times over in a short time.

But H.R. 1/S.1, the Corrupt Politicians Act, threatens to cancel it to the ever-expanding graveyard of quintessential Americana.

Although it does not attract as much attention as the anti-voter ID or universal automatic voter registration elements, the bill provisions extending mail ballot receipt deadlines for ten days after the election.

This is not just about nostalgia. When you elongate the voting process over weeks and months, you make it harder to monitor the process. Imbalances in manpower between candidates and parties are amplified.  It becomes impossible to adequately observe the election, unlike Election Day, when volunteers armed with clipboards monitor and report problems. Few campaigns or candidates have the manpower to be at early voting sites for 40 days and then monitor mail ballot processing for an additional ten.

Some relished watching Pennsylvania look like a victory for President Donald Trump on Election Night, knowing that the mail ballots would flip the score over the many days to follow. Who needs clarity when there is an election to win?

Certainty brings stability.  Uncertainty breeds doubt. We saw that in 2020, and H.R.1’s elongation of the election would only make doubt flourish.

H.R.1 would nullify established state election laws and deadlines governing mail ballots. A majority of states, including Arizona, Florida, Georgia, Michigan, and New Hampshire require that absentee ballots be received by Election Day in order for them to be regularly counted. Even the universal vote-by-mail paragons of Oregon and Colorado fall into this category.

There is another consequence to consider. When you cancel Election Day and replace it with Election Months, state and local governments are forced to spend more. Elections become even more expensive.

The problems with H.R. 1/S. 1 continue to reveal themselves. It was no accident that Speaker Nancy Pelosi rushed the bill through the House without hearings. Americans cannot fall asleep on this one. H.R.1 accelerates the march away from Election Day, the Electoral College, and even republicanism itself. This is the red line moment for the American voter.

Ken Blackwell is the Distinguished Fellow for Human Rights and Constitutional Governance at the Family Research Council. He is a member of the board of directors for the Public Interest Legal Foundation.