It’s Not Too Late to Revoke Dangerous Concessions to Iran 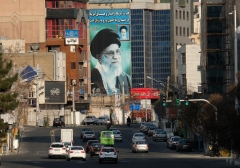 Negotiations aimed at restoring the 2015 Iran nuclear deal are reportedly “back on track” in Vienna following a brief pause that resulted from Russia’s sudden imposition of new demands related to the sanctions on its invasion of Ukraine.

Moscow asked that the United States provide guarantees that those sanctions not interfere with Russian-Iranian trade or security agreements. It is not clear exactly how the issue was resolved so quickly, but Russian Foreign Minister Sergei Lavrov claimed to have received the relevant guarantees, and thus fueled further speculation that Western participants in the Vienna talks are readily handing out concessions to their adversaries.

Of course, pre-existing concerns have been focused on the danger of conceding too much to the rogue state at the heart of the nuclear negotiations. In adding new demands during what was supposed to be the final phase of those negotiations, Russia was seemingly mimicking the Iranian behavior that had become quite familiar during the previous 11 months of discussion and debate.

As soon as Iran entered into the Vienna talks in April, it made clear that it had no intention of compromising, and was prepared to stretch out the process indefinitely while waiting for its demands to be fulfilled. The initial focus of those demands was the up-front removal of U.S. sanctions that had been re-imposed after the Trump Administration pulled out of the Joint Comprehensive Plan of Action in 2018. But after Tehran imposed a five-month pause on those talks at the time of its presidential transition, it returned in November with an expanded set to demands, including the simultaneous removal of sanctions that were not related to the nuclear program, but rather to terrorist activity and human rights abuses.

Late February, it was widely assumed that the Vienna talks were on the verge of their conclusion, after Iran’s leader negotiator Ali Bagheri-Kani returned briefly to Tehran to discuss a draft agreement that was reportedly 98 percent complete. However, his Western counterparts were soon surprised to learn that regime authorities sent Bagheri-Kani back to Vienna with yet another set of new demands – the most provocative and impractical so far. Among them is the demand that the White House remove the Islamic Revolutionary Guard Corps’ designation as a foreign terrorist organization, and thus open the door for global entities to trade freely with persons who have ties to that hardline paramilitary.

That demand is troubling in its own right, as it highlights the fact that the Iranian regime is continually moving the goalposts in negotiations with the West, presumably to test the limits of what the U.S. and its allies are willing to give up in order to prevent the collapse of the nuclear deal. What makes this even worse, though, is that those Western nations have so far given Tehran no reason to believe it is approaching the limit. Sources familiar with the Vienna talks have indicated that the Biden Administration is considering the possibility of removing the terrorist designation in exchange for a vague and unenforceable commitment from Tehran regarding non-intervention in regional affairs.

Not only is such a commitment unenforceable; it is rendered moot by the very mission statement of the IRGC, which was established in the 1980s to simultaneously defend the new regime’s Islamic revolutionary principles at home and to export them abroad. Toward that end, the IRGC maintains a division known as the Quds Force which is specifically tasked with conducting operations in foreign theaters, as well as supporting terrorist proxy groups like Hezbollah in Lebanon, the Houthis in Yemen, and the Popular Mobilization Units in Iraq. The Quds Force had rightly been designated as a terrorist group long before the Trump Administration expanded that designation to include the whole of the IRGC. But many experts on Iranian affairs welcomed that move as long overdue, noting that the overall paramilitary mission was inseparable from the actions of the Quds Force.

Even if that were not the case, opening the doors to trade with IRGC-linked entities would be a disastrous blow to Western interests and to the Iranian people. The IRGC is the main beneficiary of Iran’s black market and has a controlling interest in various domestic industries via a network of front companies and economic partners. Reports from Iran’s leading pro-democracy opposition group, the People’s Mojahedin Organization of Iran (PMOI/MEK), have detailed how the Revolutionary Guards have consolidated control over the majority of Iran’s gross domestic product while channeling virtually all of that wealth back into its own mission of exporting and promoting the Islamic revolution.

Inside the Islamic Republic, “promoting the revolution” actually means viciously suppressing dissent, and the IRGC has done so with a growing sense of impunity, no doubt reinforced by Western powers' feckless approach to dealing with the regime. In November 2019, Iranians from all walks of life bravely took part in a nationwide uprising that comprised nearly 200 cities and towns, but authorities reacted with panic and the IRGC opened fire on crowds in a number of those localities. Roughly 1,500 people were killed in this fashion, but Iran’s paramilitary has never faced any consequences.

Now, two and a half years later, it is potentially on the verge of being richly rewarded for its role in an Iranian foreign policy strategy that emphasizes intimidation and rejection of compromise as means of boundless concessions from its adversaries. To their great credit, the Iranian people have not succumbed to that pressure, but have mounted several further uprisings since 2019. Furthermore, the U.S. and its allies have not succumbed to the pressure quite yet, but if they do not learn to emulate the courage of the Iranian people and take an assertive stance against the regime’s demands, the clerical regime will most likely come away from Vienna as the victor, and thus inspire both its own officials and fellow rogue states to continue taking advantage of Western powers.

Ken Blackwell was the former United States Ambassador to United Nations Human Rights Commission. He is the chairman of the Conservative Action Project.