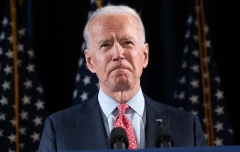 President Joe Biden, for instance, has described Trump as a “puppy” of Russian President Vladimir Putin. Biden also recycled claims about Russian interference in the 2016 and 2020 elections that supposedly worked to the advantage of Trump.

Whatever the merits of the allegations, Trump’s deregulatory initiatives and support for innovative drilling techniques like hydraulic fracturing have helped the U.S. to become energy independent for the first time in more than 60 years. The Institute for Energy Research (IER), a Washington D.C. nonprofit that advocates for free market policies to alleviate costs for energy consumers and taxpayers, has circulated data that shows U.S. energy production in 2019 was higher than U.S. energy consumption for the first time since 1957.

American energy dominance did not come about by some natural process of osmosis but was instead the result of deliberate public policy decisions that unleashed American innovation. The IER highlights some of the key developments as follows:

By extension, one can also thank Trump for removing regulatory burdens on industry that were in place the last time Biden was in the White House.

So why would a Russian oligarch with huge stakes in Russian oil and gas production want Trump to unleash American energy and intrude upon Russia’s oil and gas monopoly in critical regions of the world? Moreover, why would any Russian operative with the ability to affect election outcomes in the U.S. want to see the U.S. become energy independent?

Just before leaving office, Trump’s EPA released a “2020 Year in Review” document that showed the administration saved the American people about $99 billion through its deregulatory efforts. But Biden is now moving feverishly in the opposite direction. He has already cancelled the permit for the Keystone XL Pipeline that would have transported hundreds of thousands of barrels of oil per day from the oil sands in Alberta, Canada in combination with oil from North Dakota to U.S. refineries on the Gulf Coast.

The U.S. Chamber of Commerce reported that the Keystone XL Pipeline would have created about 20,000 jobs in manufacturing and construction. That’s not all.  Biden’s Department of Interior has announced that it will place a 60-day moratorium on oil, natural gas, and coal development on America’s federal lands. For all of Biden’s stated concerns about Mother Russia, his policies work to the advantage of Russian oil and gas interests at the expense of average Americans who depend on affordable, reliable energy.

But when it comes to hypocrisy on the question of foreign interference and influence, New York Gov. Andrew Cuomo has no equal. It was Cuomo who said Robert Mueller’s congressional testimony on alleged Russian interference in the 2020 election would be “productive” when in reality the former special counsel’s final report and testimony amounted to little more than a bust. At one point, Cuomo also expressed concern that the Russians might up-end his re-election chances in 2018. But why would the Russians feel motivated to undermine the New York Democrat when his hostility toward natural gas development in the U.S. has helped to open Russian exports to New England states?

Cuomo has obstructed pipeline projects that could transport natural gas from neighboring Pennsylvania to his state and throughout New England. Cuomo has also maintained a ban on hydraulic fracturing, which involves a highly pressurized mix of water, sand, and chemicals to break open shale rock and release oil and natural gas.

The New York governor’s continued ban on hydraulic fracturing means that the rich natural resources available to New Yorkers in Marcellus Shale rock formation, which cuts across about 12 million acres in the Empire State, remain untapped.

In the absence of hydraulic fracturing, New York produces less than one percent of the natural gas that it consumes, according to a report from IER.

In recent years, parts of New England have had to import gas from Russia thanks in no small part to a lack of infrastructure brought about by Cuomo’s hostility toward natural gas development.

Now Biden is following Cuomo’s lead to the detriment of American energy independence and security.

Kevin Mooney is an investigative reporter with the Commonwealth Foundation in Harrisburg, Pennsylvania, and The Heritage Foundation in Washington D.C.