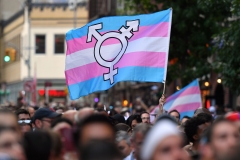 When parents in Madison, Wisc. learned that their children were being taught experimental theories about gender identity, they were understandably upset. Under a new school district policy, children as young as kindergarten-age were being exposed to the idea that gender “is a spectrum” and that you can choose your own gender based on how you feel.

Something had to be done to protect these children and protect parental rights. That’s why a coalition of parents filed a lawsuit against the school district. And, thankfully, this week a state court issued an order that prohibits the Madison Metropolitan School District (MMSD) from deceiving parents about the gender identity that their child may have adopted at school.

Here’s what you need to know about this case.

Who: Parents of children in the Madison Metropolitan School District

A policy intended to “disrupt the gender binary” sounds like a political agenda you would see from a radical, left-wing activist group, not an idea that should be taught to young children in public schools. But in 2018, MMSD adopted such a policy for all of its schools.

MMSD’s new policy defines gender as “a person’s internal sense of self as male, female, both or neither” and includes lesson plans and books that affirm transgender ideology, such as the highly controversial "I Am Jazz" book for children in kindergarten.

Right after the policy changes in 2018, an elementary school played a video about a teacher’s gender transition for the whole school (kindergarten through fifth grade) without parental permission.

But that’s not even the worst of it. Part of this school district policy also requires teachers and administrators to actively deceive parents about their own children. According to the policy, if a child professes a different gender identity and is called by a different name at school than at home, school employees must revert to using the child’s birth name around the child’s parents to keep them in the dark.

This isn’t just a school policy. This is activism at the expense of young children who will be taught the largely experimental idea of gender identity in their formative years.

Parents knew they had to do something to protect their children and their rights.

Parents are the first teachers of their children and should be the first to know about issues their child is having at school—especially when it comes to the possibly life-altering topic of gender dysphoria.

That’s why a coalition of parents filed a lawsuit challenging MMSD’s policy that requires teachers to hide information from parents and lie to them. Attorneys from my organization, Alliance Defending Freedom, along with the Wisconsin Institute for Law & Liberty (WILL), asked a state court to halt MMSD’s policy.

“Whether a child with gender dysphoria should socially transition to a different gender identity is a highly controversial and consequential decision,” reads the complaint, “and is therefore the type of decision that falls squarely within parental decision-making authority.”

Also, Dr. Stephen B. Levine, a distinguished life fellow of the American Psychiatric Association, submitted an expert declaration in this case.

“For a child to live radically different identities at home and at school, and to conceal what he or she perceives to be his or her true identity from parents, is psychologically unhealthy in itself,” writes Dr. Levine.

Experts and parents agree: this MMSD policy could harm children.

WILL and ADF attorneys filed a lawsuit on behalf of parents on Feb. 18 and asked for a temporary halt to MMSD’s policy on Feb. 19.

On Monday, a state court granted this request in part, barring the school district from deceiving parents about their children's claimed gender identity while the lawsuit continues.

MMSD is the second largest school district in the state of Wisconsin with over 27,000 students and 52 schools.

Why: To protect children and parental rights

Parents have the best interests of their children in mind. But policies like MMSD’s pit children against their parents when it comes to important questions about sex and gender identity.

Several studies have shown that of the children who experience discomfort with their gender but do not socially transition (begin to dress as the opposite sex and use a new name), 80 to 98 percent eventually desist, or become comfortable with their biological sex. Yet, school officials from the MMSD want to encourage children to socially transition, putting them on a path toward puberty blockers and cross-sex hormones.

Elsewhere, some parents have already experienced situations like this. A man name Jay Keck found out school officials hid his daughter’s struggle with gender identity disorder from him. And others, such as 20 year-old woman Sydney Write, have spoken up about how they regret taking cross-sex hormones.

Children who struggle with gender dysphoria need their parents' support.

This school district policy harms children and violates parental rights, requiring teachers and school officials to be dishonest with parents about what their children are experiencing.

But it is parents who know what is best for their children, not school employees and administrators. And these parents will not allow their children to be used as pawns to further an ideological agenda.

Maureen Collins is a web writer for the Alliance Defending Freedom. She has a passion for writing and her work has appeared on The Federalist.