The Party of Joe Biden 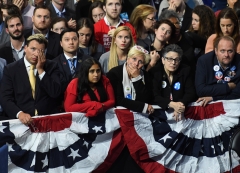 WASHINGTON -- The Economist magazine recently began its survey of the Nov. 8 elections in America with a telling observation about the Democratic Party's performance. According to the Economist, the "Democrats tend to overlook how strange voters think they are." Strange? Is that true? The party of Whoopi Goldberg, strange? The party of Harvey Weinstein and Hillary Clinton, strange? The party of Joe Biden, well, at least unorthodox?
Exactly what is so strange about a person -- young or old -- arriving at the conclusion that he or she or it wants to change his or her or its sex and expects the government, at least if Medicare or Medicaid is involved, to pick up the tab for the surgery? Moreover, if he, she or it is underage, the Biden administration believes the individual should be allowed to receive "gender-affirming" surgical procedures such as mastectomies -- from which there is no return -- with only limited parental control.
Or what is so strange about leaving our borders open to marauding gangs, lone criminals, people who want to see what it is like on the American side, or people who want to saunter across the border for the fun of it? After all, that is what they are doing.
What is so strange about proclaiming America -- the country that most of the world wants to emulate and admires -- a failed state?
What is so strange about tearing down America's statues to great figures from the past and to epic achievements, even if they were raised to Founding Fathers such as George Washington and Thomas Jefferson and the savior of the Union, Abraham Lincoln? Whom would they put in Washington's, Jefferson's and Lincoln's place?
What is so strange about releasing criminals, shoplifters, muggers, sex deviants -- all often repeat offenders?
What is so strange about declaring whole cities, many of them America's greatest cities, "sanctuary cities"? Many Democrats would fire their police forces and replace the police with mental health counselors.
My only question about all these Democratic reformers is why did the Democrats not start their reform programs earlier? Say, before America had to fight two world wars -- which, incidentally, were met with general approval worldwide, save for a few thousand disgruntled Nazis, fascists and the criminally insane.
The Economist went on to cite a poll commissioned by Third Way, a centrist Democratic think tank, that found that the average American voter, when asked which party is more extreme, answered the Democrats by a significant margin. Yet when Americans enter the polling booth, they generally split down the middle. About half voting for the Republicans and about half voting for the Democrats. How do we explain this finding? Do a significant number of Democrats cast their votes for candidates that they find "strange" and "extreme"?
My conclusion is that when the average American answers a pollster's questions, he is relaxed. He might be answering the question from his kitchen table over a cup of coffee. He might be wearing his pajamas. When he goes out to vote, however, he is not so relaxed. When he enters the voting station, his blood pressure is probably up. The voter has to worry about choosing the right candidate. Has he or she marked the right box? What did the morning media commentator say about Candidate X? Whether the voter is aware of it or not, he has been influenced by the media, and the media is overwhelmingly biased ... biased for the Democrats. By the time a voter has cast a ballot, another influence has to be factored into the voting equation. That is the media, and ever since Vice President Spiro Agnew gave his historic 1969 speech about the left-wing dominance of the media, their influence in elections has only increased.
This explains the disparity between how the average American perceives Democrats in politics and the way the average American votes. Of course, many average Americanos find Democratic issues "strange" and "extreme," but those that vote Democratic vote Democratic anyway. The gender jugglers, border crossers, monument topplers, opponents of the police and advocates of sanctuary cities mentioned above never hurt anyone. Or have they?
Glory to Ukraine!