Why Not the Worst? 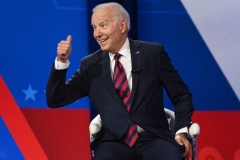 WASHINGTON — For several years now, I have been writing my memoirs in my spare time and have been having a lot of fun with them. There are writers who insist that writing is torture. Bill Buckley was that sort of a masochist, though I must say I never found even a sentence written by him painful to read. He was always stimulating and often amusing. Yet now, as I enter upon the last lap of my memoirs, I am encountering difficulties.

I began with a lot of amusing tales about Warren Gamaliel Harding, the 1920s president who was easily the worst president until we endured Jimmy Carter. I even had personal accounts from a survivor, reporting to me about the time he "slayed" a fifth of scotch with Warren. That would be the late Arthur Krock, bureau chief of the fabulous New York Times who had an amusing tale to tell about the time he sat down for a drink at Washington's Willard Hotel with the great man. Needless to say, Warren has now been superseded by Carter and then by President Barack Obama and, recently, by President Joe Biden, the gaffable Joe Biden.

It is almost as though the modern Democrats are in competition with one another to see which can be The Worst. Look at how the field is shaping up for 2024. Already we have Beto O'Rourke out there. When will they begin competing with one another to use the famous four-letter word? The foul-mouthed Sen. Kirsten Gillibrand clearly outdid Beto last time, and she did it with a greater variety of billingsgate and more passion. Has she declared her candidacy yet?

As I have said, the Democrats have presented me with a problem. There can only be one Worst President. I have already accorded the award to Carter, but now there is Obama to contend with and Biden, and soon, if he stays on track, there will be Beto, and forget not the fair Kirsten. How many more can there be?

Jimmy seemed a clear winner after he left those helicopters out in the Persian desert and our embassy personnel jailed in Tehran, Iran, for over a year, and of course, there was our economy. Unemployment was at 7.5%; inflation was at 11.8%; and GDP was growing at the astounding rate of 0%. The misery index was at 19.3%, but then came the attack on his person by the amphibious rabbit.

It was all too much, and then came Obama. He played golf — precisely what Harding was ridiculed for. He played basketball. Poor Harding did not even know what a layup was for. Barack also watched television, prime time! When he was elected, two-thirds of the American people viewed race relations favorably. Then came his bungling of racial issues: the episode with the Harvard professor, Henry Louis Gates, the Cambridge, Mass. police, and Obama's laughable "beer summit" between Gates, his arresting officer, and the president. They had it at the White House, no less. Then there was the tragedy of the mishandled Trayvon Martin affair. Obama could have been recognized as the mixed-race president who brought the country together. He could have ended his presidency on a favorable note rather than as he did, with 69% of the American people viewing race relations as "mostly bad." Jimmy left the White House as a farce. Barack left it as a tragedy.

Yet now we have President Joe Biden. He is the oldest president in American history, and finally people are catching on. They should have caught on years ago. He is on the record as a cheat, a plagiarist, the father of Hunter, and a man so given to such garbled lines and senseless statements that I call him gaffable. He should never have been elected to high office, not even to low office. Yet he was and he is actually proud of beating former President Donald Trump, a man that was at least competent. Trump was almost as foul-mouthed as Gillibrand, but he was competent, and he never spoke ill of our country.

So, who am I going to name the Worst President in American history? The truth is that I have yet to decide. Possibly, Vice President Kamala Harris will get a month or two in the White House, owing to the Gaffable One catching a cold or expiring from an acute case of athlete's foot. It will be another first for her.