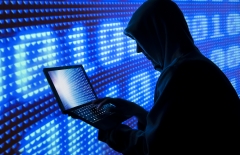 While the world is grappling with COVID-19, homebound Americans are spending extra time enjoying movies, TV shows and music offered by commercial streaming services. Yet many Americans don’t stop to think that the almost unimaginable abundance of creative content they are consuming would not be available without the protection of copyrights.

And many Americans don’t understand that copyrighted film, television, and music is highly vulnerable to international digital piracy – which, inevitably, has the effect of reducing content production and availability. World IP Day is an occasion to recognize the need to strengthen copyright protections for Americans’ creative works at home and overseas.

The U.S. Constitution’s Copyright Clause grants Congress power “to promote the Progress of Science and useful Arts, by securing for limited Times to Authors” the exclusive right to their respective writings. As we explain in our new book, “Modernizing Copyright Law for the Digital Age – Constitutional Foundations for Reform,” the Founders regarded copyrights as a class of property rights grounded in an individual’s creative labors. The Founders understood the purpose of copyright law to be to protect the natural rights of creative artists to reap the fruits of their labors and also to provide incentives for these creators to make their works commercially available to the public.

The natural rights understanding of the Copyright Clause also was prevalent among American jurists and statesmen when Congress passed the International Copyright Act of 1891. The 1891 Act addressed the problem of international literary piracy. It secured domestic copyright protections for authors from foreign nations that enforced similar protections for American authors. Pursuant to the 1891 Act as well as subsequent treaties and free trade agreements, Americans copyright owners have benefitted from increased overseas protections.

But the United States still has work to do. Today, the problem is massive international digital piracy. Frontier Economics has estimated that in 2022, the value of creative works lost to worldwide digital pirates will rise to between $289 and $644 billion for movies and $53 and $117 billion for music. A June 2019 study by the Global Innovation Policy Center estimated that annual revenue losses in the United States from digital video piracy ranges between $29-$71 billion.

Apparently, uploading and downloading pirated content constitutes an increasing percentage of Internet traffic. According to Sandvine’s 2019 report: “Last year, we were shocked to see BitTorrent hit 31 percent on the upstream and, in 2019, it crushed that number with almost 45 percent of upstream volume being consumed by file sharing.”

Sandvine’s report explained: “As new original content has become more exclusive to other streaming services, consumers are turning to file sharing to get access to those exclusives since they can’t or won’t pay money just for a few shows.” Use of file-sharing for trafficking in copyrighted sound recordings is well-known.

Global trafficking in counterfeit and pirated DVD and CD copies of movies, TV shows, music, and other digital media is also growing. International trade in counterfeit goods rose from $200 billion in 2005 to a 2016 figure of $509 billion, according to figures cited in a January 2020 report by the U.S. Department of Homeland Security. High volumes of counterfeit copies of copyrighted works are available for sale through online platforms that operate third-party marketplaces.

There are ways to combat international digital piracy. First, the public should support federal criminal investigations and prosecutions of large-scale counterfeiting and online piracy operations. Although the U.S. Department of Justice reported it brought only 14 criminal copyright cases in 2019, such cases are critical. For instance, in 2019, federal prosecutorial efforts shut down Jetflicks and iStreamItAll, two of the largest illegal IPTV streaming services.

Second, the Trump administration and Congress should seek stronger copyright protections in future international trade agreements in order to bolster weak anti-piracy laws and lackadaisical enforcement in many foreign countries. The United States-Mexico-Canada Agreement, for example, requires each nation to provide criminal penalties for willful copyright infringement, including unauthorized “camcording” of movies in theaters and distributing devices for unauthorized reception of encrypted cable or satellite video signals.

Third, Congress should consider the Department of Homeland Security’s recommendation that federal law enforcement be authorized to seek injunctive relieve against online third-party marketplaces and other intermediaries dealing in counterfeit goods, including counterfeit copies of copyrighted works.

World Intellectual Property Day presents an opportunity to consider ways that U.S. lawmakers, policymakers, and law enforcement officials should rise to the challenge of combating massive international digital piracy. Doing so is necessary to uphold the Constitution’s directive to secure copyright protections for America’s creative artists.

Editor's Note: This piece was originally published on the Morning Consult.