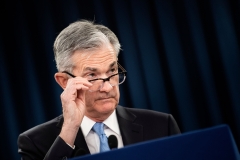 The Biden Administration and its allies continue to use Russian President Vladimir Putin as the convenient excuse for their economic failures. The most recent falsehood is that Russia’s invasion of Ukraine caused March’s 8.5 percent year-over-year increase in the Consumer Price Index (CPI).

Prices were surging long before Russian troops entered Ukraine. Furthermore, Putin did not stop exporting food and gas; it was the Biden Administration and Congress that imposed sanctions, making U.S. consumers suffer additional price increases. The blame for the economic effects lies with the U.S. government, not Russia.

The United States has for years been meddling in Ukraine’s affairs with the explicit goal of moving U.S. and NATO military forces ever closer to Russia. The most notorious example was the 2014 U.S.-orchestrated coup that overthrew Ukraine’s democratically elected government.

Russia has a legitimate grievance over the U.S. supporting expanding NATO to include Ukraine, despite the U.S. having promised not to support expanding NATO beyond Germany’s borders during negotiations over how to end the Cold War. Foreign policy experts, including George Kennan, the architect of the Cold War “containment” strategy, warned that Russia would respond adversely to NATO expansion near Russia.

Before the Ukraine conflict, Biden and his fellow Democrats blamed price increases on “greedy” corporations, going so far as to claim that increasing antitrust prosecutions would somehow bring down prices. Then Putin became the new excuse.

The main culprit behind rising prices is neither Putin nor “greedy” corporations. Federal Reserve Chairman Jerome Powell and his colleagues are to blame. Starting in September 2019, when the Fed panicked over a spike in interest rates in the “repurchasing” market that banks use to give each other overnight loans, the Fed has engaged in an unprecedented spree of money creation. The Fed further stepped up its easy money and low, and even zero, interest rate policies in response to the lockdowns. Increasing prices are the direct result of the Fed’s policies.

The Fed is planning to try to tame prices by increasing interest rates and reducing its balance sheet. This will likely tip the economy into a recession. Increasing interest rates will also cause the federal government’s debt payments to increase, which is a reason the Fed will not increase rates to anywhere near where they would be in a free market.

The best-case scenario may be a return to 70s-style “stagflation.” The worst-case scenario is that the Fed’s failure to rein in inflation, fueled by Congress’s failure to stop spending, combined with the continued resentment over the U.S.’ hyper-interventionist foreign policy, will cause a rejection of the dollar's reserve currency status and lead to a major financial crisis. Such a crisis could result in widespread poverty, as well as violence, crackdowns on liberties, and even the rise of a totalitarian government.

The crisis could still be avoided, but only if Congress becomes serious about cutting spending, starting with the military industrial complex. Congress should also start to reform monetary policy by auditing the Fed, legalizing alternative currencies, and exempting precious metals and cryptocurrencies from all capital gains taxes. The welfare-warfare-fiat money system will end. What is not known is when it will end and whether it will be replaced by an even more authoritarian government or by a return to limited, constitutional government.