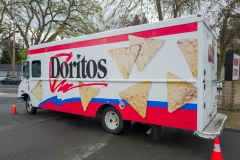 A stealth form of inflation is “shrinkflation.” Shrinkflation occurs when businesses reduce the size of a product so its price can stay the same. For example, Frito-Lay recently began putting fewer chips in a bag of Doritos, reducing the weight of a bag about five percent from 9.75 ounces to 9.25 ounces in the process. Of course, charging the same for less is a type of price increase.

In late March, the Federal Reserve increased the interest rate by .25 percent. This increase, it said, is a step in combating inflation. The Fed also announced that it plans to raise rates six more times this year. However, even if the Fed follows through on this plan, rates will only increase from near zero to around 1.9 percent. This is unlikely to effectively combat inflation. The Fed also indicated a commitment to reducing its almost $9 trillion balance sheet, although its official statement did not specify details such as when the Federal Reserve would start reducing holdings.

The Federal Reserve is facing a dilemma of its own making. Continuing to keep rates low will cause a dollar crisis. A dollar crisis then can lead to a major economic meltdown worse than the Great Depression. However, if the Fed were to increase rates to anything close to where they would be in a free market, that would dramatically increase the federal government’s debt payments burden.

The only reason Congress’s reckless spending and the Fed’s reckless monetary policy have not yet caused a major economic crisis is the dollar’s world reserve currency status. One of the pillars of the dollar’s status is the use of the dollar in the international oil market. The “petrodollar,” though, may soon be replaced. Saudi Arabia is considering selling some oil for Chinese yuan instead of U.S. dollars. India is considering using Russian rubles and Indian Rupees instead of U.S. dollars in trade with Russia, including for the purchase of Russian oil. This will help get around U.S. sanctions. Concerns about the stability of the U.S. economy, combined with increasing resentment of our foreign policy, will cause other countries to abandon the dollar.

Economic instability can lead to political instability, violence, and an increase in support for authoritarian movements. A way to avoid this is for those of us who know the truth to spread the ideas of liberty. When a critical mass of people demands fiscal responsibility and constitutionally limited government, the politicians will comply.

To put an end to the welfare-warfare state, Congress can drastically reduce the military budget, end all corporate welfare, and shut down all unconstitutional cabinet departments. The savings can be used to pay down debt and to support those truly dependent on government programs while responsibility for providing assistance returns to local institutions and private charities.

Congress should also restore a sound monetary policy by auditing, then ending, the Fed, as well as by repealing both legal tender laws and capital gains taxes on precious metals and cryptocurrencies. Ending the era of the welfare-warfare state and fiat currency can lead to a transition to a new era of liberty, peace, prosperity — and full bags of Doritos.