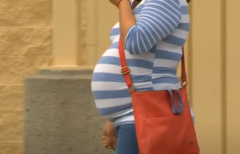 The Supreme Court undid one of its worst mistakes Friday when it overturned Roe v. Wade, the 1973 decision declaring a constitutional right to abortion. The Constitution reserves to the states the authority to write and enforce laws regarding murder. Since the question of whether or not to legalize abortion revolves around whether abortion is murder, it is not a federal issue. Roe was thus an illegitimate usurpation of state authority.

The Dobbs v. Jackson Women's Health Organization decision will not stop the federal government from using the tax dollars of those who believe abortion is murder to fund abortion and family planning both in the United States and abroad. Those opposed to abortion, and in favor of constitutional government, must continue their efforts to end all federal funding of abortion.

Some state governments, such as in Texas and Mississippi, have adopted laws against abortion that are “triggered” after Roe is overturned. Now, additional pro-life state legislators and activists are no doubt planning to push other states with pro-life majorities to pass legislation outlawing abortion.

States where the majority favor legal abortion are no doubt planning to pass pro-abortion legislation. Some of these states will pass laws providing enhanced financial support for lower-income women to receive abortions. Pro-abortion activists are also planning to provide help to women from states where abortion is outlawed to travel to a state where they can legally “terminate” their pregnancies.

Pro-lifers should not respond to pro-abortion state laws by trying to pass an unconstitutional law making abortion a federal crime. Instead, they should work to change attitudes and build a culture of life. One way to do this is by supporting crisis pregnancy centers. These centers help pregnant women in difficult situations see that there are alternatives to abortion. Sadly, the crisis pregnancy centers are among the “woke” mob’s targets for cancellation. If the left were truly “pro-choice,” they would not try to shut down privately-run pro-life pregnancy centers.

No one ever asked an expectant mother, “how’s the fetus?” Instead, people ask about the baby. This implicitly acknowledges the unborn child’s humanity and thus the child’s right to live. The denial of this right has warped our constitutional system. More importantly, it has contributed to the devaluing of human life that is the root of much of America’s moral crisis. A society that devalues life will not respect liberty. Therefore, all who value liberty must protect the right to life. This does not just include ending abortion. It also includes rejecting the militaristic foreign policy that kills innocents in the name of “freedom and democracy.”

Just as pro-life conservatives should be antiwar, progressives should reject the violence government commits against its own citizens via taxation, income redistribution, and the fiat money system that robs average Americans to benefit politicians and elites. Rejecting the use of force, including government force, will lead to a society that values and protects our lives, liberty, and property.