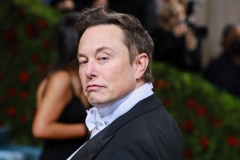 Any doubt that many progressives have abandoned their commitment to free speech was erased by the hysterical reaction to Elon Musk’s effort to purchase Twitter and return the company to its roots as a free speech zone.

Former Labor Secretary Robert Reich and “woke” neocon Max Boot fretted that Musk’s commitment to free speech threatens democracy. Those confused by how free speech threatens democracy should remember that for neoconservatives and many progressives, democracy means allowing the people to choose between two largely identical supporters of the welfare-warfare state. In this version of “democracy,” those whose views are outside the welfare-warfare mainstream — such as libertarians — are marginalized.

More ominous than the griping of ex-government officials and pundits was the threat of prominent Democratic politicians to haul Musk before Congress. These politicians likely want an opportunity to smear Musk and other supporters of free speech as promoters of hate and Russian (and/or Chinese) disinformation.

Senate Judiciary Committee Chairman Dick Durbin and other Senate Democrats, none of whom seem to have read the First Amendment, are also investigating whether it would be “appropriate” for Congress to force tech companies to “moderate” content on their platforms.

President Biden is not waiting for legislation to ramp up the attack on free speech. His administration has created the Disinformation Governance Board located in the Department of Homeland Security. The board’s purpose is to coordinate government and private sector efforts to combat “disinformation,” with a focus on Russia. The focus on Russia is not surprising since “Russian disinformation” has joined racism and sexism as a go-to justification to smear and silence those whose views (and factual information) contradict the political and media establishment’s “party line.”

Biden’s choice to head the Disinformation Governance Board, Nina Jankowicz, is a spreader of disinformation herself. In 2020, for example, Jankowicz parroted the lie that Russia created the damning materials found on Hunter Biden’s infamous laptop. Jankowicz’s résumé also includes stints as an advisor to the Ukraine government and a manager of National Democratic Institute programs in Russia and Belarus. Jankowicz’s background suggests she will never call any lie peddled by the U.S. war party “disinformation.”

The Disinformation Governance Board may not directly censor social media. However, by “encouraging” tech companies desperate to maintain good relations with the federal government to remove “unapproved” opinions from their platforms, it can achieve the same results. This is why anyone who values free speech, which should include everyone who cherishes liberty, should not fall for the claim that tech companies’ behavior is nothing to be concerned about since it does not involve government censorship.

Sadly, some misguided conservatives have joined progressives in promoting legislation imposing new regulations on Big Tech. Increased regulation will only empower Nina Jankowicz and her ilk to further pressure tech companies to restrict free speech. It will also hurt consumers by reducing the ability to find affordable goods and services online. The only way to protect free speech on the Internet is to make online platforms truly private through a complete separation of tech and state.

The drive to censor is driven by the woke mob and authoritarian establishment’s fear that their policies could not maintain majority support if forced to compete in a free market of ideas. This shows that even enemies of liberty sense that the days of the welfare-warfare state are numbered.