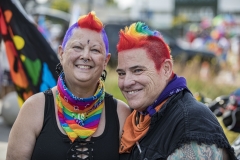 Universities, professional organizations, and scientific publications are noticing the advocacy from the International Society of Nonbinary Scientists (ISNBS).

“The group was established in 2020 to combat the isolation of being the ‘only ones’ at our institutions,” a description on its website reads.

A recent article published by INTO shared feelings of exclusion and the institutional remedies that ISNBS has pursued within science, technology, engineering, and mathematics (STEM).

One member told INTO that “‘stepping into a world where there’s not a lot of obvious nonbinary STEM members, there’s [sic] not programs, there’s not funding,’” and “‘there’s just not the same effort [to include trans people].’”

A blog post announcing the two-year anniversary of ISNBS says that “[o]ne area where many students and scientists need additional comfort is fieldwork.”

A member launched a fieldwork project to “address challenges like gender-segregated dorms,” according to the post. Project leaders are affiliated with the University of Colorado Boulder (CU Boulder), which maintains a dedicated living community for “LGBTQIA students and their allies,” and Georgetown University.

Scientific American cited “gender segregated environments like dorms” and other ISNBS initiatives, calling on the National Science Foundation (NSF) to change how it collects data on the gender of grant recipients.

“Accurate data from annual NSF surveys will allow us to better understand and advocate for our transgender and gender diverse scientific community,” Scientific American wrote.

The data helps “track levels of financial support for scientific research.” NSF’s financial support “is prioritizing ‘increasing diversity, equity and inclusion in engineering,’” according to a recent report from Campus Reform.

Among the projects funded by the $7.8 billion that Congress allocated to the NSF is “LGBTQ+ Advocacy in STEM, which aims to ‘diversify the engineering workforce,’” Campus Reform wrote.

Scientific American also cited research on “LGBTQ inequality in STEM” from Science Advances, a publication of the American Association for the Advancement of Science.

The report says that “cultural norms and practices in STEM may help facilitate anti-LGBTQ bias.”

“For example, STEM professional cultures often promote ‘depoliticization’ or the bracketing of concerns perceived as social or political (like diversity and inclusion issues) from day-to-day STEM work,” the report reads. Campus Reform has reported the opposite culture as university STEM programs have embraced politicized content or efforts in diversity, equity, and inclusion (DEI).

Other complaints from ISNBS members suggest that universities should provide LGBTQ resources.

“Another issue some members face is being lumped in with women in science groups, despite being nonbinary,” the ISNBS blog post reads. One member told INTO that, after sharing her identity as a transgender man, “[i]t was difficult for [her] to abandon the resources for women in STEM.”

ISNBS recently retweeted recommendations for “trans and non-binary inclusion” from the 241st meeting of the American Astronomical Society (AAS).

The AAS is “the major organization of professional astronomers in North America,” according to its website.

A presentation by an ISNBS member and University of Washington (UW) postdoc advised, “Shift your department ‘Women in Astronomy’ Club to ‘Marginalized Genders in Astronomy’ to be explicitly welcoming to trans and non-binary scientists.”

Though UW lists resources specifically for women, including a women’s center that “was one of the first in the country,” a committee recommended that the Department of Astronomy expand its notion of “women.”

Its website shares a report from the AAS Committee for Sexual-Orientation and Gender Minorities in Astronomy, which advises astronomy departments to consider men for awards and funding opportunities dedicated to women.

The National Association of Scholars (NAS), which has produced research on the exponential rise of DEI language in STEM, told Campus Reform that "[a] small, vocal group influences every institution in the same way at the start: they're simply the loudest."

"Not to mention, progressive capture of higher ed institutions ensures the self[-] replicating effect: students or faculty feel marginalized, they protest for special treatment, which founds a new program or new hires within existing departments," NAS Director of Communications Chance Layton said.

The departments, he continued, are "adding more so-called progressives to staff and faculty," which "ensures acceptance of the most radical of students; that program become[s] outdated with new progressive views and thus a center of intolerance, they protest for more special treatment, more hires, different departments; and the cycle continues."

University STEM departments seem to reflect the approach of AAS, which conflates women and various gender identities. A recent article in the University of Wisconsin-Madison student newspaper interviewed a non-binary student, who referenced the Women in Science & Engineering (WISE) residential and learning community.

“‘WISE is not for people who are women, it’s for anybody who can identify with the struggles of being a woman in STEM,’” the student told The Badger Herald.