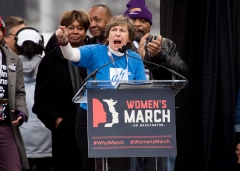 In early November, widespread dissatisfaction among parents and other concerned citizens about K-12 government schools’ failure to resume full-time, in-person instruction for months and months after it had become clear they could do so safely, despite COVID-19, helped spawn the unexpected defeats of a number of Big Labor-allied candidates in Virginia and New Jersey.

The most prominent casualties were Democrats Terry McAuliffe, a former Old Dominion governor who had been favored to win a second term, and Steve Sweeney (Salem), the longtime Garden State Senate majority leader, who was defeated by a truck driver and political novice.

The evidence continues to mount that voters were right to be mad at union-label politicians like McAuliffe and Sweeney.

A recent analysis for the Defense of Freedom Institute by education investigative journalist Mike Antonucci demonstrated how, in America’s largest school districts, teacher union bosses consistently fought to stop schools from reopening throughout the 2020-21 academic year. Politicians like McAuliffe and Sweeney furnished cover for the Big Labor bosses who were depriving kids of in-person instruction as they raked in cash and manpower support from National Education Association (NEA) and American Federation of Teachers (AFT/AFL-CIO) union subsidiaries.

Early this month, the National Bureau of Economic Research published a working paper documenting that schoolchildren’s test scores fell significantly during the 2020-21 academic year and that learning loss was two to three times as severe in school districts with the least in-person instruction. Around the same time, a new U.S. Surgeon General report acknowledged that adolescent girls’ emergency-room visits due to suicide attempts skyrocketed by 51 percent in early 2021, compared to early 2019, and that “reduced in-person interactions among children, friends” and school supports made it “harder to recognize signs of child abuse, mental health concerns, and other challenges.”

Unfortunately, it seems top teacher union bosses like AFT President Randi Weingarten aren’t concerned much by the well-documented detrimental impact of school shutdowns on kids’ academic achievement and mental health. Right now, Ms. Weingarten and her cohorts are evidently focusing on appealing to the lowest common denominator among the hundreds of thousands of active teachers who belong to their unions: that is to say, the relatively small minority of teachers who found during the COVID-19 lockdowns that they prefer remote instruction because it requires less effort to work at home.

Concrete data from the U.S. Labor Department show that the number of public education employees quitting their jobs has fallen substantially since 2019, the last full year before COVID-19 officially hit the U.S. Yet Weingarten is preposterously warning that, unless school districts across the country cave in to Big Labor demands to slash the amount of time teachers have to spend in the classroom, they will quit en masse.

Largely because the vast majority of states have laws on the books handing union bosses monopoly power to codetermine with school officials how teachers are managed and compensated, Big Labor is getting much of what it wants.

As J.D. Tucille has reported for Reason magazine, so-called “self-taught” Fridays, “extra days abruptly added to vacations and random sudden closures” have proliferated in public schools in recent weeks, “with the [evidently less severe] omicron variant of COVID-19 only accelerating an established trend.” According to the respected Burbio.com web site, as of Nov. 22, there had already been 3,145 school closures this academic year for “mental health!”

Parents and other Americans who don’t understand how “mental health” can be improved by making permanent the 2019-2021 school shutdowns that had a strongly negative impact on the mental health of small children and adolescents must recognize that public-sector union bosses’ government-granted special privileges are the key reason this preposterous notion is even getting a hearing.

And elected officials, such as soon-to-be Virginia Gov. Glenn Youngkin, who purport to want to give parents much greater say over how their children are educated, must acknowledge they won’t be able to accomplish that worthy objective as long as laws authorizing union monopoly bargaining over K-12 educators continue to encumber their states.