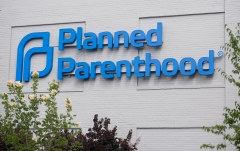 At the beginning of 2020, none of us expected the COVID-19 pandemic. And few expected that battling the outbreak would create governmental powers in which America would begin to look like a police state.

As new restrictions on gatherings were lowered to fifty and then again to fewer than ten people, it quickly became apparent that this pandemic would be a game changer. Going to sporting events, movies, theatrical events, concerts, and church meetings was suddenly forbidden.

New York Mayor Bill de Blasio threatened to close churches and synagogues “permanently” if they refused to shut down during the pandemic. And Virginia governor Ralph Northam declared that church gatherings of ten or more could result in a $2,500 fine and up to a year in jail.

Yet in the face of such restrictions, a number of businesses in various states, including liquor stores, were deemed “essential” and allowed to remain open. Why were churches so quickly deemed “nonessential?" And why was the public so quick to accept this?

Pastor Rodney Howard-Browne, a longtime friend of mine, was arrested and booked into a local jail on Monday, March 30, after holding Sunday worship services at The River at Tampa Bay, the church he leads. Howard-Browne was charged with unlawful assembly and violating the county’s stay-at-home order. He was later released on bail.

Originally coming to the United States as a missionary from South Africa, Pastor Rodney has been holding services where God’s presence has been moving in power for many years. His intention was to allow the Holy Spirit to move and heal the sick as they would come for prayer. After all, that is what the Bible says for us as believers to do.

The media loved this story—“crazy Pentecostal pastor endangers the health of his church members by recklessly disregarding governmental edicts for no ‘nonessential’ gatherings over ten people.” But the case brought up some interesting legal issues.

Whether churches are “essential” in the midst of this coronavirus crisis is a critical question that must take into consideration many factors. The related question, whether churches should open or close, must be considered in the context of each church and community.

Mat Staver, founder of Liberty Counsel, came to Howard-Browne’s defense, and the results were amazing. The county dropped the case because Staver sued for violation of the church’s constitutional rights to freedom of religion and freedom of assembly.

Thankfully, Christian law firms are defending freedom against these anti-God trends in the culture that manifested themselves during this time of crisis. The double standard has been obvious.

As the country went into lockdown mode, America’s pro-life leaders voiced alarm that churches were being forced to close down, while in most states abortion clinics were allowed to stay open.

“How dare they jail pastors and close the doors of the church while the abortion industry remains open to spread the virus and put our lives at risk?” said Janet Porter, president and founder of Faith2Action and the author of the original pro-life Heartbeat Bill.

“While free speech and freedom of religion are being banned, Planned Parenthood continues to get away with murder,” said Mark Harrington, president of Created Equal, a pro-life group. “The cure is now worse than the disease.”

“By definition, the surgeries abortion centers perform are elective—that’s why they call it ‘choice,’” said Harrington.

To label abortion “essential medical care” during the novel coronavirus crisis is “preposterous,” said Mark Crutcher, founder and president of Life Dynamics, a Texas-based pro-life organization. “Abortion providers don’t care that there’s a pandemic. All they care about is killing babies. There can be no sacred cows in a pandemic. It is indefensible.”

Though the governors of several states committed to halting non-essential and elective surgical abortions, judges blocked most of their orders from being enforced.

“The abortion industry continues to defy state orders and national health directives, putting us all at risk of the deadly COVID-19 virus,” Porter said in March. “Until the abortion centers are closed, none of us are safe.”

Stephen E. Strang is an award-winning journalist, Charisma Media founder and author of the best-seller “God and Donald Trump.” This content was excerpted from his new book, “God, Trump, and COVID-19.”