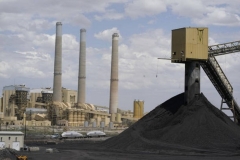 Here's an amazing but true statistic. After more than a decade of declining carbon emissions here in the United States, in 2021, President Joe Biden's first year in office, emissions rose.

In other words, not only have Biden's energy policies been a disaster for our economy and national security as we have become more dependent on Russia and Iran, but they haven't worked as a global warming solution.

To understand the utter futility of Biden's "renewable energy" crusade, we must go back about 15 years in time to when the amazing shale revolution, thanks to energy pioneers such as Harold Hamm of Oklahoma, the man who drilled the Bakken Shale in North Dakota, began. These new drilling techniques have vastly expanded America's natural gas production over the past decade and turned America into the world's leading oil and gas superpower.

Because clean natural gas production soared and replaced coal as the No. 1 source of power generation, not only did America get rich off these bountiful resources but we also reduced our greenhouse gas emissions. In fact, over the six years covering 2014 through 2020, we led the world in our reductions in carbon dioxide emissions. Our emissions fell by 22%. That was more than former President Barack Obama's cap-and-tax plan would have reduced these emissions.

Ironically, the 10-year trend of declining carbon dioxide emissions actually ended when Biden took office. The conventional explanation for this is that as the economy opened up after COVID-19, emissions rose. People were flying less and driving their cars a lot more.

But that is only part of the story. Iconoclastic environmentalist Michael Shellenberger explains the bigger story:

"In 2021, emissions in the U.S. increased mostly because of increased coal use, *not* because of higher econ growth. Why? Because nat gas became more expensive. Why? Because of inadequate supply. Why? Chronic 'under-investment in production & pipelines, thanks to ESG & climate activists,'" he wrote recently.

We need to add Biden's war on fossil fuels to that mix. The Energy Department data confirms that in 2021, coal use rose in the U.S. and natural gas consumption fell. That was because Biden's Green New Deal agenda made coal a more attractive alternative in terms of costs.

So Biden's agenda has backfired. More evidence rolls in from the rest of the world. Germany has acknowledged that it will burn more coal in the years ahead to get cheap power. But they aren't going to get much of it from the U.S. Rather, they'll get it from China, which has tripled its coal output and doesn't care at all about whether its increased production will negatively affect the environment. China has among the laxest environmental laws in the world. So none of this is stopping climate change.

China has been one of the biggest winners from the Biden war on energy. The second winner is Russian dictator Vladimir Putin, who is waltzing to the bank. Russia has made $100 billion selling oil and gas to the U.S. and others at inflated prices.

Meanwhile, Biden's war on coal production at home has led to a more than doubling of the world price of coal, and in some cases, the price increases in Europe have risen tenfold because of mining restrictions.

I don't oppose coal production, and I believe the environmentalist movement's crusade against coal as part of our energy mix makes no economic sense. We are simply displacing West Virginia and Pennsylvania coal miners with Chinese mining. We need coal in our energy mix, as even the Germans now admit.

Then there is the collateral damage of $100 billion of lost annual output in the U.S. because of the anti-energy climate change agenda. Again, none of this makes any sense. Why are we sacrificing our own economic opportunities and handing them to China on a silver platter?

Biden, however, could not be bothered to care. At the NATO conference this past week, he chattered about the virtues of windmills and solar panels, as if the U.S. is not experiencing an energy crisis of his own making.

What all this means is that if we want to save our economy from raging inflation and at the same time save the planet, we should be producing all of the U.S. energy we can.

Stephen Moore is a senior fellow at Freedom Works. He is also author of the new book: "Govzilla: How The Relentless Growth of Government Is Devouring Our Economy.".