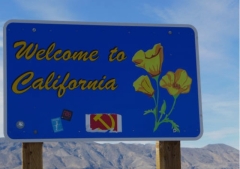 Liberals are very good at chasing rich people out of their states.

Blue states lose billions of tax dollars and many tens of thousands of jobs as a result of the migration of rich people leaving high-tax and high-crime states. It seems to happen nearly every day.

Consider Elon Musk. He left California for Texas. He paid $11 billion in federal taxes last year, and the state of California will likely lose billions in tax revenues in his absence—and that doesn't include all the property and sales taxes that his Tesla employees will now pay in Texas rather than the Golden State. Texas has no state income tax, of course.

Then, there is the famous story of investor Paul Tudor Jones. When he left Connecticut many years ago and took his business and earnings to Florida, he single-handedly drilled a $40 million revenue hole in the state budget in Hartford. He never looked back.

Jeff Yass is the owner of Susquehanna Capital in Philadelphia. He is one of the richest residents of the state, and his hedge fund is one of the Keystone State's largest employers. He and his wife have donated tens of millions of dollars to education scholarships for mostly black, low-income children in the city. He is also a major donor to other charities in and around Pennsylvania. But recently, the Philadelphia Inquirer skewered Yass with false allegations that he doesn't pay his fair share of taxes. Are they trying to chase him out of the state?

Billionaire Citadel Capital founder Ken Griffin, one of the most philanthropic residents in the history of Illinois, has moved to—where else—Florida. Bloomberg wrote a superb, well-researched story on what Griffin (age 53) has meant to the life and civil culture of Chicago. Griffin has donated more than $600 million to organizations in the Windy City since coming to Chicago. His name hangs above a hall at the Art Institute of Chicago. The Museum of Science and Industry plans to take on his name in 2024 thanks to his massive contributions.

In June, Griffin donated more than $130 million across 40 Chicago organizations before leaving. He has been a major donor to schools, churches, meal programs, Northwestern Medicine, the Field Museum, and the Chicago Symphony. Many of these organizations told Bloomberg that they worry whether they can replace such a generous benefactor. Still, many of the class warfare advocates want to raise the state income tax so people like Griffin will pay more.

The state will lose about $200 million annually because of his departure. That is how much tax he paid in 2021 in state and local taxes. So instead of getting more money out of Griffin, the state will collect way less. Because Griffin is moving to Florida, another state with no income tax, he will save hundreds of millions of dollars in taxes, though Griffin insists his main reason for leaving is the crime wave in Chicago and his concern about the safety of his family.

The moral of these stories is that class warfare liberals can't seem to help themselves. They always kill the geese that lay the golden eggs. Pretty soon, blue-state America won't have any more rich geese to pluck.

Stephen Moore is a senior fellow at Freedom Works. He is also author of the new book: "Govzilla: How The Relentless Growth of Government Is Devouring Our Economy."