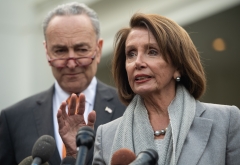 The U.S. Constitution explicitly gives Congress, not the president, the authority to determine if the republic should go to war. Unfortunately, that fundamental point is now little more than a quaint historical footnote. Congress has issued no declarations of war since the early 1940s, when it did so against Nazi Germany, Imperial Japan, and other Axis powers. Yet the United States has launched more than a dozen significant "presidential wars" since then. Moreover, that pace shows little sign of slowing.

Most analyses of the rise of the imperial presidency since World War II have focused on the executive’s inexorable usurpation of congressional war powers – albeit taking a more wide-ranging view. Usurpation indeed has been the dominant factor. When Harry Truman sent numerous U.S. troops to intervene in the conflict that had erupted on the Korean Peninsula, he showed no inclination whatever to seek a declaration of war from Congress. Indeed, he acted as though getting a resolution from the United Nations Security Council authorizing member states to send forces was more legally relevant than getting any kind of congressional approval. Later presidents likewise ignored Congress and acted entirely on their own alleged authority (Johnson in the Dominican Republic, Reagan in Lebanon and Grenada, Obama in Libya). In one case (Clinton in Kosovo), a president even disregarded the legislative branch’s refusal to give approval for military action. More often, though, White House occupants preferred supportive, "blank check" congressional resolutions (Johnson in Vietnam, the elder Bush in the Persian Gulf, and Bush the younger in Afghanistan and Iraq).

America’s would-be emperors indeed have been bold in expanding U.S. power throughout the international arena and making a mockery of the Constitution in the process. However, another important factor has been persistent sycophantic behavior on the part of Congress. Too often, the legislative branch has willingly – even eagerly – abdicated its constitutional responsibility to decide whether America should go to war. The failure of Congress to halt brazenly unconstitutional presidential wars – starting with the Korean "police action" – has been the most graphic example of such dereliction of duty. A more subtle manifestation, though, has been the passage of vacuous, open-ended congressional resolutions. Such measures authorize the use of force against a designated U.S. adversary, but give the president unrestricted discretion to decide if or when that step is necessary. Both the 2001 Authorization for the Use of Military Force (against Al Qaeda and international terrorism) and the 2002 AUMF (against Iraq) epitomize that pattern.

Congressional attitudes about two volatile arenas that could lead to dangerous military entanglements for the United States – Ukraine and Taiwan – are the latest examples of an unhealthy deference to the White House and an avoidance of responsibility. As I’ve written elsewhere, there is strong bipartisan sentiment in Congress for increasing Washington’s diplomatic, economic, and military support for Taipei. Among other effects, there is a growing disenchantment with Washington’s long-standing policy of "strategic ambiguity" regarding an armed conflict between the People’s Republic of China (PRC) and Taiwan. That approach was embodied in the Taiwan Relations Act, which Congress enacted in 1979 when Washington shifted U.S. diplomatic relations from Taipei to Beijing. The TRA does not commit the United States to use its armed forces to defend Taiwan from attack; the U.S. promises only to continue selling Taipei defensive weapons and to regard any PRC attack on the island as a serious breach of the peace. If the latter occurs, the president is required to consult with Congress about the appropriate response.

There is surging sentiment in both Congress and the U.S. foreign policy blob to replace strategic ambiguity with "strategic clarity" – making it clear to PRC leaders that the United States will use force to defend Taiwan. However, there is little sign that Congress has the courage or integrity to approve a treaty – or even a statute – to that effect. Instead, congressional hawks want the president to issue such a declaration and make the decision about resorting to force. Several members even back legislation that would dilute the TRA requirement that the president must consult Congress about taking military action.

In an Oct. 11, 2021 Washington Post op-ed, Rep. Elaine Luria (D-VA) explained the reasoning for such a change: "Under the War Powers and Taiwan Relations acts, the president has no legal authority, without the express authorization of Congress, to use military force to defend Taiwan. The legal limitations on a president’s ability to respond quickly could all but ensure a Chinese fait accompli." Endorsing the Taiwan Invasion Prevention Act proposed by hawkish Republicans in the Senate as "a good starting point," she argued that it was imperative to "untie" the president’s hands and let that official make an unrestricted decision about whether to intervene militarily to defend Taiwan. Although such legislation has not yet passed, there appears to be little resistance to making that change.

There also is a pervasive absence of congressional willingness to rein-in President Biden as he deepens U.S. involvement in the Russia-Ukraine war. Congress has robotically approved the White House’s funding requests – now totaling some $40 billion – for military and financial aid to Ukraine. Finally, some grumbling about excessive costs and a lack of accountability about where the money is going has begun to surface – especially among Republicans. However, there has been little debate about whether pouring weapons into Ukraine and sharing U.S. military intelligence with Kyiv might ultimately make the United States a belligerent in that dangerous armed conflict. There hasn’t been even much effort to insist on a resolution endorsing such measures. Once again, Congress seems content to let the president make the substantive decisions.

Abdication serves an important political purpose, because it enables Congress to avoid responsibility for issues of war and peace, life and death. If a presidential military intervention goes well, legislators can climb aboard and portray themselves as enthusiastic supporters of the venture. If the war goes badly, they can disown it and even criticize it as the ultimate in presidential folly – especially if the occupant of the Oval Office is from the opposition party. Such abdication of the congressional war power, however, constitutes a profile in cowardice. It also has been a major factor in the proliferation of ill-conceived, often disastrous U.S. military interventions. Congress must step up and reclaim its constitutional powers (and responsibilities) for decisions about war and peace if there is any chance to curb the imperial presidency. Otherwise, we cannot prevent even more calamitous wars that are ruining the republic.

Ted Galen Carpenter is a senior fellow in security studies at the Cato Institute and a contributing editor at the National Interest. He has penned 12 books -- with his latest, "Unreliable Watchdog: The News Media and U.S. Foreign Policy," coming out in July 2022 -- and has authored more than 950 international affairs articles.