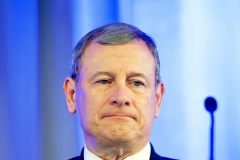 The Supreme Court struck down Monday a Louisiana law that protected women’s health and safety.

Our laws should protect women. Unfortunately, this ruling follows the Court’s previous ruling on a similar Texas law.

Louisiana’s law, Act 620, treated abortion doctors the same as doctors at all Louisiana ambulatory surgical centers by requiring them to obtain admitting privileges at a nearby hospital. This requirement helps ensure that abortion providers meet competency standards and are able to admit and treat a patient themselves at the hospital in case of an emergency, increasing continuity of care when women most need it.

It is a common-sense law that protected women.

That’s why it is disappointing that the abortion industry was allowed to challenge this law in court, claiming to speak on behalf of women.

This is not the first time that the abortion industry has done so. Abortion facilities frequently resist laws that require them to meet basic sanitary requirements, keep accurate medical records, and provide a standard of care that all women deserve.

How could the abortion industry possibly be looking out for the best interests of women when it challenges these laws?

But it is, perhaps, not so bewildering when you consider that Act 620 could have hurt the abortion industry’s bottom line. By pushing back against these common-sense safeguards, abortion businesses reveal that they value profits over their patients’ well-being.

Louisiana abortion providers went to extraordinary lengths to erase a law that promotes women’s well-being. This was a missed opportunity to stop such abuses.

What can we learn from this decision?

This means that states still have the right to enact health and safety abortion regulations that protect women and can find other ways to do so.