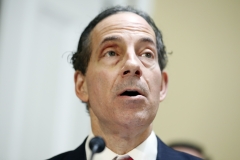 As the establishment media solemnly marked Jan. 6 with all of the rehearsed Democrat talking points about democracy hanging by a thread, one man best represents the liberal media’s relentless political marketing. It’s radical Rep. Jamie Raskin (D-MD), who has a new book that came out two days before the anniversary called Unthinkable, conflating the Capitol riot with the suicide of his adult son Tommy.

That sounds like a terrible blow for any parent. But Raskin is now marketing it, and pairing it with warnings about fascism. Does that sound odd? He’s done it more than once.

WUT? On the Maddow show, Rep. Jamin Raskin (D-Maryland) compared his guilt over not talking to his son who committed suicide about suicide, or not talking to teens about sex to not talking about....impending fascism. pic.twitter.com/eDoxHOhpZN

Raskin had quite a book tour. In addition to talking to Rachel and to Gayle and Tony, Raskin was super-sympathetically interviewed on CBS Sunday Morning, three interviews on CNN (with Don Lemon, Wolf Blitzer, and the New Day crew), two more interviews on MSNBC (with Nicolle Wallace and with Andrea Mitchell), an ABC News Live streaming interview, and two interviews on NPR (including 43 minutes on Fresh Air).

Everywhere he went, the book marketing was intense. Maddow called it “a really, really excellent, heartbreaking new book.” Dokoupil called it “unfortunately, full of wisdom on a difficult subject, the subject of grief, and I think people should pick this book up, not only for what you have to say about the trials of democracy, but for what you have to say coming out of your family tragedy.”

Wolf Blitzer repeated Maddow: “I have gone through, it is really, really excellent.” Don Lemon admitted he hadn’t read the book, but “I'm so proud of you for writing this book as someone who lost a loved one recently, it takes real strength and real courage to be able to do this.”

On the afternoon of Jan. 6, Raskin’s book was the number two best-seller on Amazon.com. Grief sells.

There was no rioting at the Capitol back then – although there were violent protests around the Inauguration – and he was shut down by Vice President Biden. But this fact might put a crimp in lecturing any Republicans who challenged the 2020 election on the House floor as somehow riot plotters or enablers.

Considering this parade of flattery, the unintentionally funny moment was Don Lemon suggesting Sean Hannity’s texts to Team Trump should have matched what he said on Fox. Raskin shot back “right, if you are going to make yourself kind of part of a state propaganda news network.” Every Raskin interview had the stale air of state propaganda.

Tim Graham is the executive editor of the blog NewsBusters.org.