From Balenciaga to Netflix, Hollywood and Corporate America Must Stop Sexualization of Children 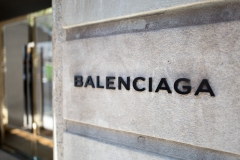 It was only a matter of time before another corporation was caught sexualizing children for profit.
After public outcry, fashion label Balenciaga recently axed its ad campaign that showed small children holding teddy bears dressed in bondage gear.

The company issued an apology and is even suing the production company and set designer. But it begs the question: how did this campaign get approved in the first place?

We may never know the answer, but Balenciaga’s highly disturbing ad campaign is only the latest of many examples we have seen over the last few years of corporations normalizing, enabling, and profiting from the sexualization of children in their products and content.

For example, Netflix’s Big Mouth is an animated TV series about middle schoolers going through puberty and depicts 12 and 13-year-old children in sexual situations, sometimes with full frontal nudity, and engaged in sexual dialogue that includes offering sexual favors to their parents.

Popular HBO series Euphoria, a show featuring high school aged characters, normalizes as part of the teenage experience: the graphic rape of a child by an adult, graphic teen sex, and full-frontal nudity of teen characters. One episode fixated on the naked body of a high-school-aged female character as she engaged in various sex acts with another character.

Disney’s A Teacher centers on a romantic, sexual relationship between a high school teacher and one of her students. The program streams on Disney-owned Hulu.

Child exploitation happens in the retail world as well. In 2020, the Hasbro Company removed its Poppy Trolls Doll from retail shelves after the public became aware of a button, located under the doll’s skirt in her genital region, which, when pressed, would make the doll gasp and giggle. Despite numerous public calls for them to do so, Hasbro never disclosed the steps, if any, that it took to ensure a product like this will not make it to market again.

Earth to Corporate America: the sexualization of children is never appropriate. Never.

How hard can it possibly be for publicly traded corporations to promise not to sexually exploit children in their businesses? Is it really too controversial to say that you won’t sexually exploit a child for profit? At a time when corporations are falling all over themselves to take popular positions on social issues, how can they possibly ignore a simple pledge to protect a child’s human dignity?

We must do everything we humanly can to prevent the sexualization of children from becoming normalized.

Children are being bombarded 24x7 with messages that sexually objectify them on TV, on social media, and in the culture at large. The consequences are real, and they are increasingly tragic: A research report produced by Thorn found that nearly 1 in 7 children aged 9-12 shared their own nude photos in 2020, almost triple the number from just one year earlier.

Suicide is the second leading cause of death among children and young teens in America. Nearly a year ago, the US Surgeon General warned about the looming mental health crisis facing America’s youth, and new data shows that U.S. suicide rates rose in 2021, and males aged 15 to 24 experienced the sharpest increase.

Social media, especially platforms like Instagram and TikTok, has been linked to anxiety, depression, and disordered eating among teens.

And parents trying to protect their children are up against giant corporations that appear not to have children’s well-being at heart. Our latest research report revealed that Hollywood is marketing teen-targeted TV shows with explicit adult content to young teens through social media sites popular with 13-17-year-olds – essentially doing an end-run around parents.

We have launched a petition to hold these companies accountable. Corporate America and Hollywood must cease the sexualization of children and pledge never again to do so. If #MeToo matters at all, then #OurKidsToo must also matter.