Netflix Shareholders: Use Your Influence to Force Netflix to Stop Sexualizing Children 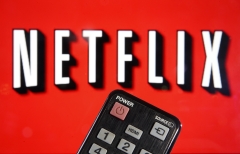 For years, Netflix has been the industry behemoth among streaming video-on-demand providers. So when it suffered its first subscriber decline during the first quarter of this year, shock waves were sent across the entire streaming media industry.

According to published reports, Netflix hemorrhaged 200,000 subscribers in 2022's first quarter alone, and it anticipates losing two million subscribers this year. The company’s stock price has plummeted nearly 70% from its peak, losing more than $200 billion in market capitalization along the way. NFLX is now the worst-performing stock of 2022 in the S&P 500.

Netflix executives have offered several reasons for the decline: competition from other streaming services, the lifting of COVID stay-at-home orders, pricing pressures, and a broader economic downturn, among them.

But what Netflix seems unwilling – or perhaps even unable – to admit is that a significant contributor to its precipitous value decline is actually its own program content. Netflix is damaging its brand, reputation, and shareholder value with sexualized and sexually exploitative depictions of children in its original programming.

We at the Parents Television and Media Council (PTC) have repeatedly warned Netflix’s CEO, as well as Netflix’s Board of Directors about the damage they are doing to their brand with this exploitative content and alienating what is by far the most stable and profitable segment of streaming video consumers: family audiences.

Netflix has ignored our warnings and doubled down on offensive content that will only serve to further drive family audiences away.

At the 2018 Netflix shareholder meeting, the PTC publicly called on then-CEO Reed Hastings to remove the teen suicide drama "13 Reasons Why" because it would result in more children taking their own lives. Mr. Hastings callously dismissed our concern, suggesting that it was a popular program and nobody had to watch. It was only after the National Institutes of Health associated the release of "13 Reasons Why" with a 28.9% increase in suicide rates among U.S. youth ages 10-17 that Netflix removed the most explicit scenes and cancelled the series.

In September 2020, Netflix added "Cuties" to its catalogue. Billed as a “coming-of-age film,” Cuties depicted an 11-year-old girl performing sexually-charged dance moves. The main character, also 11 years old, was shown attempting to seduce an adult male family member in order to retrieve her cell phone, and photographing her genital area to post on social media. Shortly after the streaming debut of "Cuties," #CancelNetflix started trending. A petition on Change.org calling on Netflix to remove the program from its platform garnered over 400,000 signatures; and according to research data produced by Antenna, the Cuties controversy triggered a subscriber churn rate (customers lost) that spiked to 3.6%.

Additionally, a grand jury in Tyler County, Tex. levied charges against Netflix in 2021 for violating a Texas state law that prohibits the production or promotion of a child under the age of 18 engaging in a sexual performance, specifically for "Cuties."

Netflix responded by suing in Federal Court to stop the Tyler County District Attorney from enforcing the Texas Statute, claiming a “constitutional right” to continue producing and distributing content like Cuties that sexually exploits children.

The PTC’s own research details how Netflix’s cartoon series "Big Mouth" places middle schoolers, aged 12 and 13, in sexual situations and engaging in sexual dialogue, including a minor offering to perform oral sex on his own father, a minor exposing his scrotum, minors shown in a shower with erect penises, a minor urinating on another minor in the shower, a male minor character penetrating a female minor character with his fingers. "Big Mouth" creator Nick Kroll has spoken publicly about how “so many" children "are watching” his show, coldly retorting, “I’m sorry and you’re welcome.” Yet Netflix has renewed "Big Mouth" through Season 7.

Sadly there’s more evidence of a Netflix corporate practice to sexualize and sexually exploit children for entertainment and financial gain: Netflix has streamed a movie ("Desire") showing a 9-year-old girl sexually stimulating herself to an orgasm. And its series "Sex Education" graphically depicts under-age characters engaged in sex acts so lewd that one would normally expect to find it only in X-rated pornography. "Sex Education" has been renewed for a fourth season.

So…what can be done to hold a publicly-traded corporation to account for its seemingly complete and utter disregard for the health, wellbeing, and safety of children?

Ahead of Netflix’s Thursday annual shareholder meeting, the PTC has called on Netflix corporate shareholders to use their influence to force Netflix to stop sexualizing children. They must do so not only for the sake of the child actors who are being exploited in the name of entertainment, but to protect the children to whom these programs are being marketed, and to protect them from those who prey on children and whose appetites are whetted by such vile material.

The time to hold Netflix to account for promoting and profiting from sexually exploitative content involving children is now. Netflix has failed to uphold its fiduciary responsibility. We call on Netflix shareholders: if the corporate leadership won’t take responsibility for the toxic content and its consequences, then you must do so.