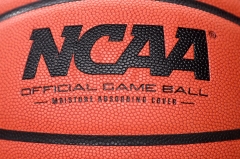 For the refused-to-be-canceled crowd, it was a headline to celebrate. "The NCAA threatened states over anti-transgender bills," the big print of the Washington Post read. "But the games went on." It was the surest sign in a post-Georgia, Coke-boycotting world that fed-up conservatives were the newest force to be reckoned with. It's also the most recent evidence -- out of piles of examples -- that the Right side may be winning the woke wars.

For the far-Left, the retreat of a major sports league is a public defeat that they can't seem to reconcile. After 2016, when the NCAA was the most powerful leverage liberals had in states like North Carolina, they'd begun to count on these hardcore allies to help them beat back local attacks on their often dangerous LGBT agenda. It worked until recently, when Americans -- sick of being force-fed transgender politics -- suddenly decided to take the momentum from their stand on election reform and start applying it across the board. Their unofficial mantra -- refuse to be intimidated -- began working. Suddenly, the tough talk about retaliation from corporations and other organizations was being exposed for what it was: empty threats from big-mouthed bullies.

Just two months ago, the NCAA had promised to boycott states that protected girls' sports or banned gender experimentation on minors. That all fell apart just a few weeks later, when so many states had passed conservative legislation that the league finally realized it had nowhere to go. Suddenly, states like Arkansas, Alabama, and Tennessee that weren't supposed to be awarded tournaments got the news that they would still be hosts after all.

GLAAD and other LGBT groups, who are used to these leagues' blind allegiance, have been hysterical ever since. They've accused the NCAA of "going back on its word" to choose locations that were "safe, healthy, and free of discrimination." Human Rights Campaign (HRC) President Alphonso David had even harsher words, insisting that the "NCAA should be ashamed of themselves for violating their own policy...." Their "failure to take action here," he went on, "means that they are part of the problem."

Internally, the hand-wringing at places like HRC has to be even worse. For years, the LGBT crowd has relied on scare tactics to move their agenda forward since it's always lacked broad public support. If the NCAA won't do its bidding, then the damage -- especially now, as the demand for these bills keeps growing -- is severe. In a letter from far-Left activists to the NCAA, Athlete Ally asks, "What changed?" One thing did, the Washington Times points out: the states that are passing these laws "are no longer outliers."

In Florida, the latest state to protect girls' sports, the threat from the NCAA more than backfired. Instead of frightening leaders away, it motivated conservatives to pass a bill even faster. The governor told one news anchor that he remembers the day the letter from the sports league was issued. "I called the speaker of the House in Florida and said, 'Did you hear what they said?'" And he replied, "Now we've definitely got to get this done." There, as in other states, the rally cry seemed to be, "We'll show them!"

And to the delight of common-sense Americans all across this country, they have. Last week in Louisiana, despite the governor's warnings, the legislature passed another bill to save girls' sports by bipartisan, veto-proof majorities: 29-6 in the Senate and 78-17 in the House. Then, in a major punch to the Left's gut, Oklahoma -- one of the few states that was openly worried about the NCAA's threat -- realized the league was bluffing, went back to the drawing board, and passed its proposal out of the House.

When Rep. Justin Humphrey (R-OK) realized that the NCAA was scheduling tournaments in states with policies based on biology, he said, "I kind of laughed." LGBT activists were appalled.

"It was really scary to know that so many lawmakers in Oklahoma [saw] this as a reversal to the NCAA's earlier statement," one said. "That had been the only thing that persuaded folks [to back off these] girls' sports bills."

When the NCAA announced that Florida would host a softball championship this spring, Republicans could barely contain their glee.

"I guess the NCAA boycott of Florida is over after two weeks," state Rep. Chris Latvala tweeted. "Go Knights!" The news for conservatives was even sweeter when the state's bill became law on the first day of LGBT Pride month. Turns out, the tug of the Left may be strong, but so is the $730 million in revenue from the Southeastern Conference. Our influence as red states, Texas Gov. Greg Abbott (R) pointed out, is bigger than we think. "Will they even be able to have sports events anymore in the United States [if they boycott us]? I don't think so."

In the end, Beth Stelzer, president of Save Women's Sports, says, most of these states would have moved forward even if it did cost them a few collegiate events. They, like the majority of Americans, had already made up their minds: "We need to do the right thing and stand up for females. People over profits. Facts over feelings."

Who would have thought at the start of this legislative season that protecting girls' sports would be the issue that separated the leaders who had courage and the leaders who are cowards? But it did.