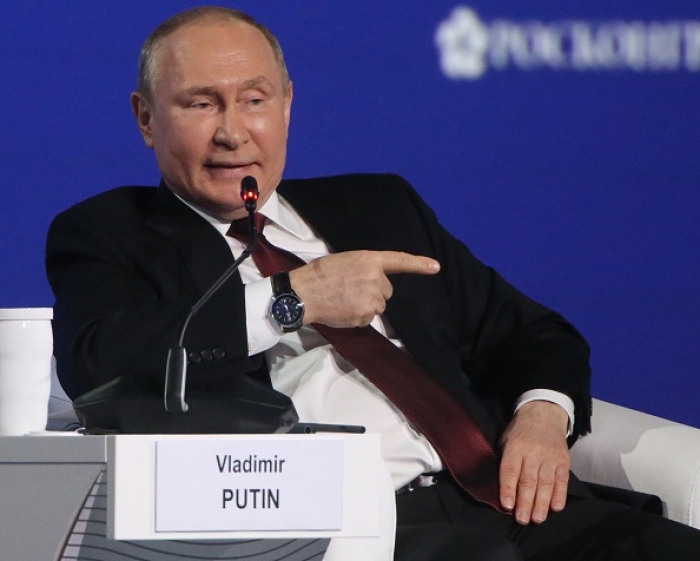 Moscow (CNSNews.com) – The West’s “economic blitzkrieg” against Russia has failed and will end up causing serious economic, social, and political blowback for Europe, Russian President Vladimir Putin has predicted.

Addressing the St. Petersburg International Economic Forum, Putin asserted that Western government had expected to “suddenly and violently crush the Russian economy” by freezing more than half of the country’s $640 billion financial reserves, closing down their ports and airspace to Russian ships and aircraft, and sparking a mass exodus of multinational corporations from the Russian market.

“This plan did not succeed. It obviously did not work out, did not happen” he said. “Russian entrepreneurs and authorities have acted in a collected and professional manner, and the Russian people showed solidarity and responsibility.”

Putin claimed that the most dire forecasts that had been drawn up for the Russian economy in early spring had not materialized and argued the negative impacts of sanctions were gradually starting to abate.

As an example, he said the country’s projected annual inflation rate had decreased from 17.8 percent to 16.7 percent. He also boasted that Moscow had generated a budget surplus of 1.5 trillion rubles ($26 billion) during the first five months of this year.

“Step by step, we will normalize the economic situation,” Putin said. “We have stabilized the financial markets, the banking system and the trade network. Now we are busy saturating the economy with liquidity and working capital to maintain the stable operation of enterprises and companies, employment and jobs.”

(Earlier assessments by Russia’s Central Bank concluded that the Russian economy would shrink by 8-10 percent this year, reaching its lowest point in the fourth quarter. On Wednesday, German Gref, the head of Sberbank, Russia’s largest bank, warned that sanctions posed a threat to 15 percent of Russia’s GDP and declared that without major economic reforms, the country risked facing a decade-long recession.)

In his speech, Putin also insisted that the sanctions regime imposed against Russia over the Ukraine crisis would end up backfiring on the European Union by causing food, electricity, and fuel prices to soar. He said Russian experts had calculated that sanctions could end up costing the bloc over $400 billion this year alone.

“The growing outlays of European companies and the loss of the Russian market will have lasting negative effects,” Putin said. “The obvious result of this will be the loss of global competitiveness and a system-wide decline in the European economies’ pace of growth for years to come.”

He predicted that rising inflation and income inequality in the E.U. would “inevitably lead to a surge in populism and extremist and radical movements, major socioeconomic changes, degradation and a change of elites in the short term.”

Putin’s warnings come amid ongoing tensions between Moscow and the West over Ukraine. Last week, Russian state gas conglomerate Gazprom reduced flows to Italy and Germany, citing sanctions-related difficulties. Previously, Gazprom had suspended gas supplies to Poland, Bulgaria, Finland, Denmark, and the Netherlands over their refusal to pay in rubles.

There are already preliminary signs that the reduction of Russian gas supplies to Europe is beginning to have an economic impact. The Wall Street Journal reported last week that some European factories have been forced to close down due to rising energy costs.

For more than two decades, the St. Petersburg International Economic Forum served as Russia’s premier annual event for foreign investors. This year’s conference, however, was overshadowed by the Kremlin’s so-called “special military campaign” in Ukraine, which is entering its fifth month with no end in sight. Most Western governments and companies boycotted the event.

In his speech, Xi predicted that the trade volumes between Russia and China would achieve a new record high in 2022, noting that they had already reached $65.8 billion during the first five months of this year.

“This is evidence of the high resilience and ingenious potential of Chinese-Russian cooperation,” he said.

Xi did not directly address the situation in Ukraine or Western sanctions.

Also attending was a small delegation from the Taliban, whose presence raised some eyebrows since the group has been blacklisted in Russia as an “extremist organization” since 2003.

Kremlin spokesman Dmitry Peskov told reporters that although the Taliban had been allowed to take part in the forum, Moscow had no plans to formally recognize its government in Afghanistan.