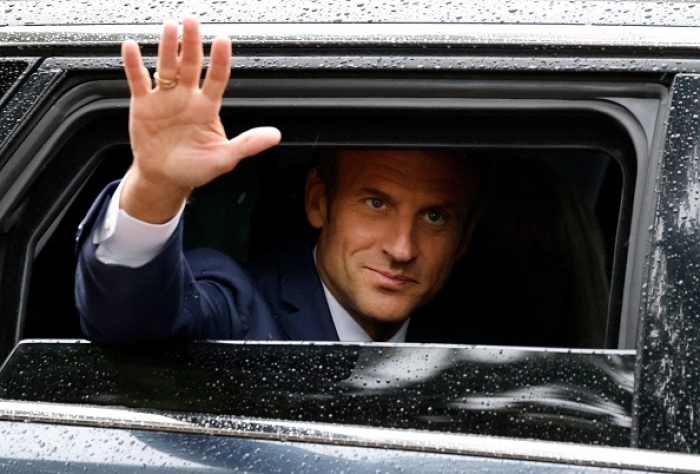 Paris (CNSNews.com) – The failure of French President Emmanuel Macron’s Ensemble (Together) alliance to retain its absolute majority in the National Assembly in last Sunday’s election means he will have to find support from among opposition parties in order to advance his program.

After meetings with the leaders of all the parties in the new legislature, he said in a brief speech on Wednesday that he intended to seek “different deals”  with various parties, depending on which laws he is seeking to pass.

“I want to build compromises with all the political forces, according to the programs,” he said, adding that he trusts all parties will act responsibly.

Final results gave Ensemble just 245 seats in the 577-member National Assembly, down 105 since the previous election. In second place was the newly-formed left-wing coalition NUPES (New Ecological and Social Popular Union), with 131 seats, followed by the far-right National Rally with 89 seats, by far its best performance ever.

The Republicans and their center-right allies obtained 64 seats. They could become key allies for Macron in his second term.

Macron’s proposal to raise the retirement age by three years to 65 faces opposition from both NUPES and National Rally. The Republicans are not against raising retirement age in principle.

Internationally, Macron’s desire to strengthen France’s role in Europe and globally are seen by the main parties as less important. June 30 marks the end of Macron’s six-month presidency of the Council of the European Union, which rotates to the Czech Republic.

According to Olivier Rozenberg, Associate Professor at Paris Political Science school, Macron’s first priority is to “find a reliable partner, making concessions, in order to be able to govern with more stability.”

He told the France Info television channel that the Republicans were the most obvious choice as partners to held Macron move ahead with his programs, even though some of the center-right party’s members seem uneasy.

After meeting with the president on Tuesday, Republican president Christian Jacob seemed to pour cold water on the prospect of his party entering any kind of alliance.

“I repeated to the president that it was out of the question for us of entering into a coalition deal, which would be a betrayal of our voters,” he told reporters.

Oliver Faure, the head of the Socialist party – which is part of the NUPES coalition – said it may be possibly to cooperate and move ahead on some economic reforms, if for example, Macron was ready to raise the minimum wage to 1,500 euros ($1,585) a month. The current minimum wage, based on a 35-hour work week, is 1,302 euros ($1,376).

Others in the NUPES coalition, such as Communist Party leader Fabien Roussel, expressed doubt about Macron’s willingness to take their positions into account.

Meanwhile National Rally leader Marine Le Pen, after meeting with Macron, said she told him her party’s lawmakers intended to “in opposition” but would not aim to be obstructionist.

Rozenberg predicted that it will be very difficult in the coming months and years to pass laws in France, “especially those that divide.”

“What awaits us is not so much chaos or crisis, but rather immobility,” he said.

The uphill battle faced by Macron in his second (and final) term seems far removed from the strong position he had after sweeping to power on a moderate platform in 2017.

Alain Faure researcher in political science at the University of Grenoble, tried to explain in an interview earlier this year why many voters have developed such deep dislike for Macron over the years.

“This aversion seems to refer, on an emotional level, to the way he smiles, challenges, gesticulates, charms, lectures, promises, gets angry,” Faure told La Tribune, an economic daily.

Macron “acts like a seducer,” he said, “but this gesture of seduction, which is characteristic of charismatic elected officials, gives a feeling of being pretentious.”

Macron through his first term was constantly critical of parties on the left and right fringes, which opposed most of his policies and decisions, both domestic and international. Many voters tired of a president who gave an impression of uncertainty and weakness.