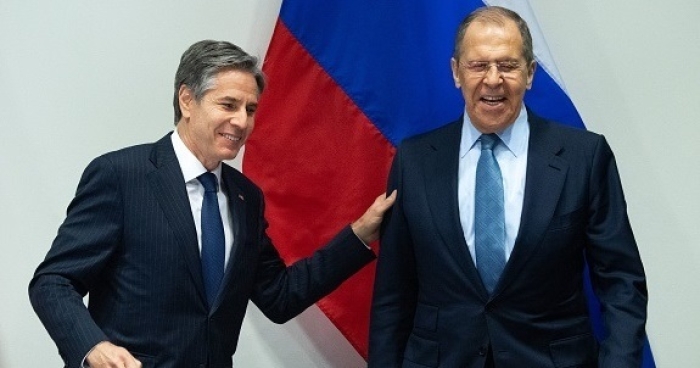 (CNSNews.com) – President Biden called earlier this year for Russia’s expulsion from the G20, but Russian Foreign Minister Sergei Lavrov’s plans to attend a G20 ministerial next month will not stop Secretary of State Antony Blinken from taking part.

State Department spokesman Ned Price confirmed on Wednesday that Blinken would participate in the meeting on the Indonesian island of Bali, “to ensure that our interests are represented.”

Price said that he was “confident that Russia’s aggression against Ukraine will be high on the agenda” at the July 7-8 meeting, and played down the significance of whatever interactions Lavrov may have while there.

“We are much less concerned about whom he meets with and much more concerned with the messages that are imparted during those meetings,” he said.

The U.S. had emphasized since the Russian invasion began in February “that every responsible country around the world” has an obligation to make clear to Moscow that its aggression cannot be tolerated and will attract “steep costs and consequences for Russia.”

Price also said the U.S. had told Indonesia – which holds the rotating G20 presidency this year – that the club of major economies must be “relevant to helping Ukraine deal with and recover from the invasion.”

“During that set of days we’ll also have an opportunity to engage with allies as well as partners, and I know that Russia’s aggression will be a primary conversation for us as well.”

Russian Deputy Foreign Minister Sergey Ryabkov said Wednesday there were no plans for Lavrov to meet with Blinken on the sidelines of the meeting in Bali.

Ryabkov told the TASS state news agency that Russia had sufficient “channels of communication” with the U.S. through their respective embassies, in what he called the current “non-standard situation” in the relationship.

The climax of Indonesia’s G20 presidency will be the annual leaders’ summit, also in Bali, in November.

Last March, Biden said during a trip to Europe that it was his view Russia should be ousted from the G20 because of its war in Ukraine. But should others in the group resist such a move, he added, then Ukraine should be invited to the Bali summit as an observer.

Biden did not mention a third option, that of boycotting the event altogether if Putin attends.

The following month, however, U.S. Treasury Secretary Janet Yellen and her British and Canadian counterparts in a symbolic protest walked out of a G20 finance ministers’ meeting in Washington as Russian representatives were speaking.

Yellen had earlier told U.S. lawmakers that U.S. officials would not take part in “a number of G20 meetings” if Russia participates, although she did not specify which meetings.

The G20 includes close partners of the U.S. but also countries that are not supportive of Western-led sanctions against Russia, including China, India, Indonesia, Argentina, Brazil, Mexico, Saudi Arabia, South Africa, and Turkey.

While the U.S. and Canada expressed the view that Russia should be suspended from the G20, others in the group, notably China and Brazil, rejected the idea, leaving Indonesian President Joko Widodo, the summit host, caught in the middle.

A week after Yellen and her colleagues walked out on the Russians at the meeting in D.C., Widodo invited Ukrainian President Volodymyr Zelenskyy to attend the November summit – but also reaffirmed that Putin would take part.

Zelenskyy thanked Widodo for inviting him, although in a later online discussion with an Indonesian think tank, he voiced the hope that “occupiers” would not be represented at the summit.

Last month Widodo met briefly with Biden on the sidelines of a U.S.-ASEAN special summit in Washington.

Asked afterwards if Biden had used the opportunity to urge Widodo to disinvite Putin from the G20 summit, then-White House press secretary Jen Psaki she did not know what topics were discussed.

But, Psaki noted that Biden’s stated position was that “it should not be business as usual at the G20, which is six months away, and that he does not -- and he believes that President Putin should not be a part of that.”

On Wednesday, Indonesian Foreign Minister Retno Marsudi announced that Widodo plans to visit both Moscow and Kyiv next week.

“The president is showing compassion on the humanitarian crisis, will try to contribute to dealing with the food crisis caused by the war, and the impact felt on all countries, especially the developing and low-income ones,” Marsudi told a press briefing in Jakarta.