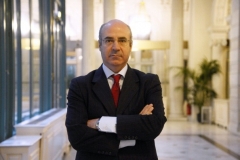 Bill Browder has campaigned for years for justice for Sergei Magnitsky. (Photo by Bertrand Guay/AFP via Getty Images)

(CNSNews.com) – The European Union has agreed to establish a sanctions regime to target human rights violators, the latest move in an expanding campaign by Western democracies to impose a financial cost on abusers worldwide.

The decision is expected to be officially endorsed by the bloc’s foreign ministers when they meet next Monday, with the legislation likely to come into effect almost immediately, to coincide with international Human Rights Day three days later.

The measures to be taken – visa restrictions and asset freezes against designated individuals or entities – largely mirror those in the Magnitsky Act, passed by the U.S. Congress in 2012.

Under the Global Magnitsky Act, the U.S. has imposed restrictions on individuals and entities in Russia, Turkey, Saudi Arabia, China, Pakistan, Iraq, Cambodia, Uganda, South Sudan, Burma, and Nicaragua, among others.

In 2019 alone, the Trump administration took action against 97 individuals and entities under the legislation. 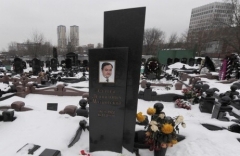 His death prompted Bill Browder, a U.S.-born investor and founder of Hermitage Capital – and a client and friend of Magnitsky – to launch a campaign of extensive lobbying, resulting in the passage in the U.S. of the original Magnitsky Act. (A Russian delegation traveled to Washington to lobby unsuccessfully against the bill. Russian lawmakers later also sought to retaliate.)

Similar measures have been put in place in several others countries, including Canada, the three Baltic states, and Britain, which last July kicked off its campaign by imposing sanctions on 25 Russian nationals implicated in Magnitsky’s death, including judges, senior prosecutors, interior ministry officials, and the detention facility where Magnitsky died.

Britain the same day also designated 20 Saudis, linked to the 2018 murder of Saudi writer Jamal Khashoggi in the Saudi Consulate in Istanbul – mirroring a similar step taken by the U.S. government a month after Khashoggi’s death.

Browder, whose lobbying campaign has continued, reacted on Twitter on Wednesday to the news from Europe, “It’s been a long hard road but we’re almost there.”

“Finally!” tweeted Alan Mendoza, executive director of the Henry Jackson Society, a conservative British think tank. “Proof positive that if you campaign tirelessly and effectively – as [Browder] has devoted his life to doing to honor the memory of Sergei Magnitsky – you can achieve significant human rights rewards.”

The Russian government accuses Browder himself of tax evasion, and has evidently tried by use Interpol’s “diffusion” and “red notice” mechanisms a number of times to secure his arrest.

In mid-2018, Browder was briefly arrested while on a visit to Spain but said he was released after Interpol’s secretariat intervened.