A Dec. 2015 photo of Mohammed bin Salman, left, and the rival he would soon replace as Saudi Arabia’s crown prince, Mohammed bin Nayef. (Photo by Fayez Nureldine/AFP via Getty Images)

(CNSNews.com) – A former top Saudi intelligence official credited with foiling terrorist plots against Americans is accusing the kingdom’s most powerful leader of sending a hit squad to Canada to kill him.

Saad Aljabri claims that a team sent by Crown Prince Mohammed bin Salman arrived in Toronto in October 2018, but after raising customs officials’ suspicions, they were refused entry.

Just two weeks earlier, the self-exiled Saudi writer Jamal Khashoggi had been killed and dismembered in the Saudi Consulate in Istanbul.

Aljabri alleges that the men who came for him were members of a “private death squad” beholden to bin Salman, and that other members of the same team had been responsible for Khashoggi’s murder.

(The U.S. Senate in a unanimous resolution in December 2018 declared its belief that bin Salman was “responsible for the murder” of Khashoggi. The administration the following April designated 16 Saudi nationals under legislation barring entry to foreign officials for human rights abuses and corruption, “for their roles in the murder of Jamal Khashoggi.” Bin Salman, who has denied ordering the killing, was not among them.)

The explosive new allegations against the de facto ruler of a longstanding but often troubling U.S. ally are contained in a 106-page complaint lodged filed in the U.S. District Court in the District of Columbia on Thursday. 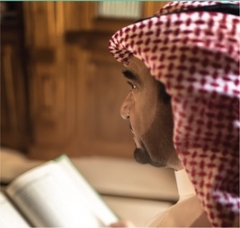 Aljabri, 61, served in the Saudi interior ministry since the 1970s, rising to senior positions including those of minister of state and advisor to the then-interior minister and crown prince, Mohammed bin Nayef.

But in a 2017 royal decree, King Salman deposed bin Nayef (his nephew) and replaced him with Mohammed bin Salman (his son). Shortly beforehand, amid intensifying jockeying for position between the two rival princes, Aljabri fled the kingdom for Turkey.

After learning that the new crown prince was pressing Turkey to extradite him for alleged corruption, he moved to Canada later that year.

Bin Salman has carried out well-documented purges against potential rivals, in what he characterizes as an anti-corruption campaign.

In the court papers, Aljabri claims that the crown prince has been trying to get him to return to Saudi Arabia, warning him in a personal social media messages that he would use “all available means” to do so.

“Don’t force me to escalate things and take legal measures, as well as other measures that would be harmful to you,” says a WhatsApp message purportedly sent by bin Salman, and cited in the court document.

“You have two choices. The first is to return to the Kingdom. The other choice is for us to pursue you legally, and by using all available means. The choice is yours.”

Aljabri says bin Salman tried to get Interpol to secure his return to the kingdom but in July 2018 the policing organization’s review commission threw out the request, deeming it political.

Three months later, a group of Saudi men – the complaint refers to them as the “Tiger squad” – arrived at Toronto’s Pearson International Airport and tried to enter Canada on tourist visas, but raised officials’ suspicions when they claimed not to know each other.

A luggage search produced a group photo showing that to be false, as well as “forensic tools.” They were not allowed to enter.

‘A close U.S. ally and friend’

Apart from what he calls “explicit and implicit death threats,” Aljabri said bin Salman has used family members in the kingdom as leverage in a bid to force him to return. Last March, the regime imprisoned two of his children, Omar, 21, and Sarah, 20. (The same month, Mohammed bin Nayef was arrested and charged with treason.)

Aljabri says in the complaint bin Salman wants him dead because he is “uniquely positioned to existentially threaten Defendant bin Salman’s standing with the U.S. government.”

The document says Aljabri was “privy to sensitive information about Defendant bin Salman’s covert political scheming within the Royal Court, corrupt business dealings, and creation of a team of personal mercenaries that Defendant bin Salman would later use to carry out the extrajudicial killing of Jamal Khashoggi, among others.”

Describing Aljabri as “a close U.S. ally and friend,” whose “work helped to protect Americans,” Sens. Marco Rubio (R-Fla.) Patrick Leahy (D-Vt.), Tim Kaine (D-Va.) and Chris Van Hollen (D-Md.) wrote, “We believe the U.S. has a moral obligation to do what it can to assist in securing his children’s freedom.”

“Dr. Aljabri was a highly valued partner of our Intelligence agencies and the Department of State during the past two decades,” they said.

Aljabri reportedly played a key role in thwarting a 2010 plot by al-Qaeda’s affiliate in Yemen to bring down two U.S.-bound cargo planes using bombs timed to blow up over the U.S., “saving hundreds – if not thousands – of American lives,” the complaint says.

It names as defendants bin Salman and a dozen others, at least five of whom are alleged to be members of the “Tiger squad,” as well as another 11 unnamed “John Does.”

Aljabri is requesting a court trial and unspecified damages under two U.S. statutes.

Canada’s Minister for Public Safety Bill Blair said in a statement, “While we cannot comment on specific allegations currently before the courts, we are aware of incidents in which foreign actors have attempted to monitor, intimidate or threaten Canadians and those living in Canada.”

“It is completely unacceptable and we will never tolerate foreign actors threatening Canada’s national security or the safety of our citizens and residents.”

Blair added that Canada continues to call “for a credible and independent international investigation” into Khashoggi’s killing.