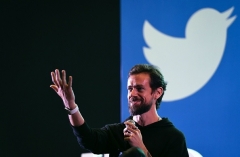 (CNSNews.com) – Secretary of State Mike Pompeo took Twitter and Facebook to task on Thursday for limiting access to New York Post reporting linking Democratic presidential nominee Joe Biden to his son’s lucrative business dealings abroad, saying that “it can’t be the case that they can choose a political viewpoint and decide whether they’re going to allow that information to be on their network.”

Pompeo’s comments – he referred to “some of America’s biggest technology firms,” rather than Facebook and Twitter by name – came during a phone interview with conservative radio host Tony Katz on Indianapolis station WIBC.

The conversation was mostly focused on disinformation, and Katz noted that critics of the New York Post’s reporting have suggested it’s part of a Russian disinformation campaign. He asked Pompeo if the State Department was investigating whether this was the case.

Pompeo said he did not want to comment as a “domestic set of issues” was at play, and it was “really not a State Department function.”

But he did comment on social media platforms’ attempts to block or limit users’ access to the reports.

“There is a real challenge with some of America’s biggest technology firms banning, suspending accounts in a way that is inconsistent, that is viewpoint driven, that is ideologically driven. That’s simply unacceptable.” Pompeo said.

“We’ve asked these firms in many cases to take down terror threat, terror, right? – when terrorists are trying to talk to each other on these [platforms]. “They’ve been good partners in that.”

“But it can’t be the case that they can choose a political viewpoint and decide whether they’re going to allow that information to be on their network, on their system, on their social media apparatus simply because they find that the political viewpoint held by those who are trying to communicate, are simply exercising their First Amendment freedoms,” he said. “That’s just not the right thing to do.”

Twitter on Wednesday prevented users from linking a story on Biden, his son Hunter, and the Ukrainian natural gas company Burisma Holdings. Attempts to do so brought up an error message saying, “We can’t complete this request because this link has been identified by Twitter or our partners as being potentially harmful.”

Twitter in explaining its position cited its policy relating to “distribution of hacked material.” The paper is basing its reports on emails purportedly taken from the hard drive of a laptop said to be in the FBI’s possession. It says Twitter’s claim that the material is “hacked” is baseless.

Facebook said it was reducing distribution of the story on its platform, saying it would be eligible for review by independent fact-checkers.

In another radio interview on Thursday, Pompeo was asked by Bud Hedinger of WFLA in Orlando about the claims in the initial story of Hunter Biden setting up a meeting in Washington in 2015 between his father – then vice president – and a top Burisma advisor. Biden previously stated unequivocally, “I’ve never spoken to my son about his overseas business dealings.”

Pompeo said in response that anyone running for elected office had an obligation to be transparent.

“I have the hope and the expectation, as every American citizen ought to, that anybody who puts themselves forward for public office ought to respond to accusations in a way that the American people can come to fully evaluate what’s real and what’s not real.”

Biden campaign national press secretary Jamal Brown told the financial news network Cheddar on Thursday, “I think Twitter’s response to the actual article itself makes clear that these, you know, purported allegations are false and they’re not true, and glad to see – you know –  to see, you know, social media companies like Twitter taking responsibility to limit misinformation.”