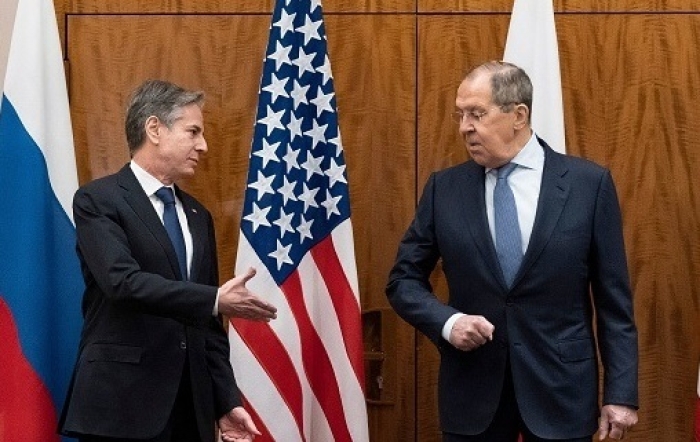 (CNSNews.com) – Secretary of State Antony Blinken is heading to Indonesia for a G20 ministerial that will place him and his Russian counterpart in the same room for the first time since the Kremlin invaded Ukraine.

There are no plans for Blinken and Foreign Minister Sergei Lavrov to hold talks on the sidelines of the G20 meeting in Bali, where there will be plenty of bilateral engagements.

“I’m not in a position to walk through the choreography, but I would not – certainly not expect any meeting between Secretary Blinken and Foreign Minister Lavrov,” State Department spokesman Ned Price told reporters on Tuesday.

Asked whether Blinken would leave the room when Lavrov makes remarks, Price said only that Blinken “intends to engage fully” and “will be a full and active participant in the G20, which we see as a valuable forum.”

“We wish, we would like to see the Russians be serious about diplomacy,” Price said in a separate briefing later in the day. “We have not seen that yet. We would like to have the Russians give us a reason to meet on a bilateral basis with them, with Foreign Minister Lavrov, but the only thing we have seen emanate from Moscow is more brutality and aggression against the people and country of Ukraine.”

President Biden earlier this year expressed the hope that Russia would be expelled from the G20 over its war on Ukraine, but China and other influential members of the grouping are opposed.

Russia plans to participate in the annual G20 summit, also in Bali, in the fall, although the Kremlin has not said whether President Vladimir Putin will take part in person, or remotely.

Blinken and Lavrov last met in Geneva in January, at a time when the amassing of Russian troops near Ukraine’s borders amid demands for “security guarantees” from NATO had taken tensions to new heights.

They were scheduled to meet again in Geneva the following month, but Blinken canceled after Putin recognized as “independent” two pro-Russian separatist entities in eastern Ukraine and said he’d deploy “peacekeeping” troops there. Two days later the invasion began.

The war in Ukraine and its economic impact are expected to feature prominently at the meeting in Bali.

“What does it say about the global community right now that Lavrov was even invited to attend this conference?” a reporter asked Price.

He declined to comment on the Indonesian hosts’ decision to invite Lavrov but noted that “Russia is, of course, a member of the G20.”

Price also predicted that during the meeting “you will hear a number of the G20 members express no shortage of condemnation for the actions on the part of the Russian Federation.”

The G20 brings together a mix of leading developed and emerging economies. Among them are countries at the forefront of the drive to sanction and isolate Russia over its invasion – the U.S. and its Western and Asian partners – but also others that have not joined the campaign, for various reasons.

In addition to China, which has sided most openly with Russia, the latter group comprises Argentina, Brazil, India, Indonesia, Mexico, Saudi Arabia, South Africa, and Turkey.

‘Tell him to his face what we think’

Indonesian President Joko Widodo, who holds the G20’s rotating chair, has been under pressure from both camps. He visited Kyiv and Moscow late last month, offered to mediate, and reiterated an earlier invitation for Ukrainian President Volodymyr Zelenskyy to attend the Bali summit in November.

Zelenskyy has accepted the invitation in principle, although he said his final decision would depend on the prevailing security situation at the time – and on whether the Russians would be present.

He also suggested that if Putin attends, some other countries may stay away, although no G20 leader has said as much publicly.

British Prime Minister Boris Johnson said last week he’d be surprised if Putin attends the summit, but that if he does so democracies should not boycott, because doing so would “leave the whole argument” to Russia and China.

European Commission president Ursula von der Leyen in similar comments several days earlier told a German TV channel it would be better to confront Putin and “tell him to his face what we think” than to stay away because he is there.

Last spring U.S. Treasury Secretary Janet Yellen, joined by her Canadian and British counterparts, staged a walkout of a G20 finance ministers’ meeting in Washington as Russian representatives were speaking.

Asked at the time whether the protest presaged what Biden himself would do in November, then-White House Press Secretary Jen Psaki said it was too early to predict “what actions he may or may not take” in Bali.

She noted that Biden had said he does not believe Russia should be in the G20, and added that Yellen’s gesture was “an indication of the fact that President Putin and Russia has become a pariah on the global stage.”

The last G20 summit Putin attended in person was in Osaka in 2019. The 2020 summit in Riyadh was an all-virtual affair due to the COVID-19 pandemic, and Putin was one of five leaders who took part on the October 2021 summit in Rome by video link.