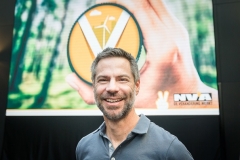 (CNSNews.com) – Prominent environmental activist Michael Shellenberger has written a book entitled Apocalypse Never: Why Environmental Alarmism Hurts Us All, describing it as a written apology for his part in promoting climate “alarmism.”

“I feel an obligation to apologize for how badly we environmentalists have misled the public,” Shellenberger wrote in an op-ed introducing the book. “I am as guilty of alarmism as any other environmentalist.”

Shellenberger said that before writing the book, he had wanted to speak about the dangers of alarmism, but was hesitant to do so. “And so I mostly stood by and did next to nothing as my fellow environmentalists terrified the public.”

He decided he could no longer remain silent after hearing Rep. Alexandria Ocasio-Cortez (D-N.Y.) say that the world would “end in 12 years if we don’t address climate change,” and after seeing a poll in which half of the respondents said “they thought climate change would make humanity extinct.”

According to Shellenberger’s bio on the website of the think-tank he founded and leads, Environmental Progress, he has been an environmentalist for 30 years and climate activist for 20 years. Time magazine named him a “Hero of the Environment” in 2008.

In a tweet announcing his book, Shellenberger said, “On behalf of environmentalists, I apologize for the climate scare. Climate change is real but it’s not the end of the world. It’s not even our most important environmental problem. I am delivering my apology in the form of a book I hope you accept it.”

In the op-ed, Shellenberger lays out what he says are “facts few people know,” including:

--Humans are not causing what many say will be the “sixth mass extinction.”

--Contrary to what some scientists are saying, the Amazon rainforest is not the “lungs of the world.”

--Climate change is not making natural disasters worse than they already are.

--Wildfires have declined by 25 percent worldwide since 2003. (“The build-up of wood fuel and more houses near forests, not climate change, explain why there are more, and more dangerous, fires in Australia and California.”)

--Carbon emissions are declining, not rising, in rich nations.

“This may be the most important book on the climate ever written,” said prominent climate scientist Tom Wigley.

“Shellenberger advocates a more constructive environmentalism that faces our wicked problems and shows what we have to do to solve them,” said Harvard University professor of psychology, Steven Pinker.

But MIT climate expert Prof. Kerry Emanuel criticized the book, challenging some of Shellenberger’s arguments, and telling the Guardian that “no one has the right to speak for the entirety of the environmental movement.”

Shellenberger’s op-ed discussing his book was published on the Forbes website, but was later taken down.

“Once you realize just how badly misinformed we have been, often by people with plainly unsavory or unhealthy motivations, it is hard not to feel duped,” he wrote in the article.

“I hope you’ll agree that it’s perhaps not as strange as it seems that a lifelong environmentalist, progressive, and climate activist felt the need to speak out against the alarmism,” he concluded. “I further hope that you’ll accept my apology.”

According to his bio, Shellenberger has been published in 12 magazines and scientific journals, is the co-author of four books and essays, and is an advisor for MIT’s “Future of Nuclear Energy” task force.

He has testified before the Committee on Science, Space and Technology of the U.S. House of Representatives and his TED Talks have been viewed more than five million times.