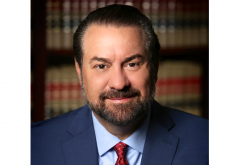 (CNS News) -- Arizona Attorney General Mark Brnovich called on the Department of Justice to investigate Facebook for allegedly facilitating illegal immigration into the United States by allowing people to post instructions on its platform about how to enter countries illegally.

As Brnovich explained in an Oct. 14 letter to U.S. Attorney General Merrick Garland, “Our office wrote to Facebook to clarify its policies and procedures for preventing such misuse of its platform. On August 30, 2021, we were surprised to receive an in-depth response from the company stating that its platform ‘allow[s] people to share information about how to enter a country illegally or request information about how to be smuggled.’”

“It is the federal government’s duty to enforce its immigration and criminal laws, and specifically, the Department of Justice’s responsibility to investigate and prosecute these matters,” wrote Brnovich. “Therefore, our office requests that your Department investigate Facebook’s facilitation of human smuggling at Arizona’s southern border and stop its active encouragement and facilitation of illegal entry.”

Brnovich said his office was made aware of human smugglers and drug cartels using Facebook to reach a wider audience and advertise illegal services on the platform through myriad news reports.

The Tech Transparency Project (TTP), part of the Campaign for Accountability, identified dozens of Facebook pages that offered migrants passage across the U.S. Southern border in April. Since then, the TTP evaluated Facebook for these pages every few months.

“TTP easily identified an additional 40 Facebook pages and 17 Facebook groups that openly sell illegal border crossings,” the report read. “Prices and smuggling routes are posted for all to see.”

The TTP named a few of these groups to show how easily identifiable they should be to Facebook’s algorithms, and noted how much traffic each page is receiving.

“One group explicitly named ‘Coyotes Para Cruzar a Estado Unidos’ (‘Coyotes for crossing to the United States’), created on August 3, attracted 1,100 members in less than a month,” the article noted. “The group produces dozens of posts on a daily basis offering border crossings.”

These pages are continuing to gain traction on Facebook as migrant encounters at the U.S.-Mexico border are at a 21-year high, according to the Pew Research Center.

“The U.S. Border Patrol reported nearly 200,000 encounters with migrants along the U.S.-Mexico border in July, the highest monthly total in more than two decades,” reported Pew.

Attorney General Brnovich argued that allowing human smuggling to take place can create opportunities for human and sex trafficking to operate on Facebook as well. He stated that Arizona would take legal action against Facebook to hold them accountable.

“As a national leader in battling sex trafficking, our office is currently pursuing such investigations and prosecutions in every instance where they are warranted, based on ads or postings from Facebook,” Brnovich said.

“To the extent that Facebook is complicit in such activity, our office will pursue all legal means to hold the company accountable,” Brnovich continued. “We expect the Department of Justice to take an equally firm stance against Facebook’s facilitation of human and [alleged] sex trafficking.”