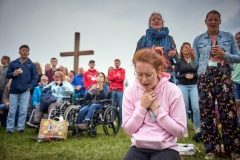 (CNS News) -- In its latest Values and Beliefs survey, Gallup found that belief in God in the U.S. has fallen to 81%, a new low, and that liberals, young people, and Democrats are the "least likely to believe in God." 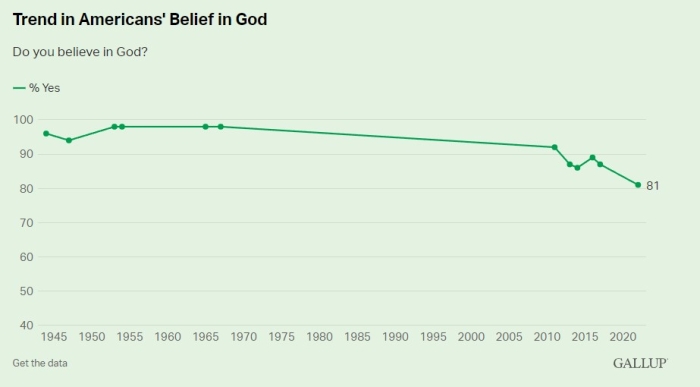 Belief in God has fallen most among liberals, youth, and Democrats, said Gallup. 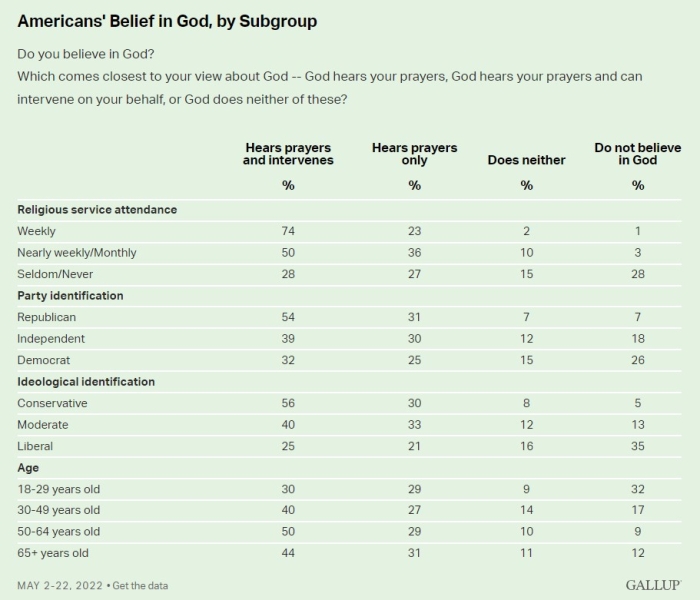 "These groups show drops of 10 or more percentage points," and the "groups with the largest declines are also the groups that are currently least likely to believe in God, including liberals (62%), young adults (68%) and Democrats (72%)," said Gallup.

"Belief in God is highest among political conservatives (94%) and Republicans (92%), reflecting that religiosity is a major determinant of political divisions in the U.S.," the polling firm reported.

Only 25% of liberals said God hears prayers and intervenes; only 32% of Democrats said the same.

"Fewer Americans today than five years ago believe in God, and the percentage is down even more from the 1950s and 1960s when almost all Americans did," said Gallup.  "Still, the vast majority of Americans believe in God, whether that means they believe a higher power hears prayers and can intervene or not."

"And while belief in God has declined in recent years, Gallup has documented steeper drops in church attendance, church membership and confidence in organized religion, suggesting that the practice of religious faith may be changing more than basic faith in God," concluded Gallup. 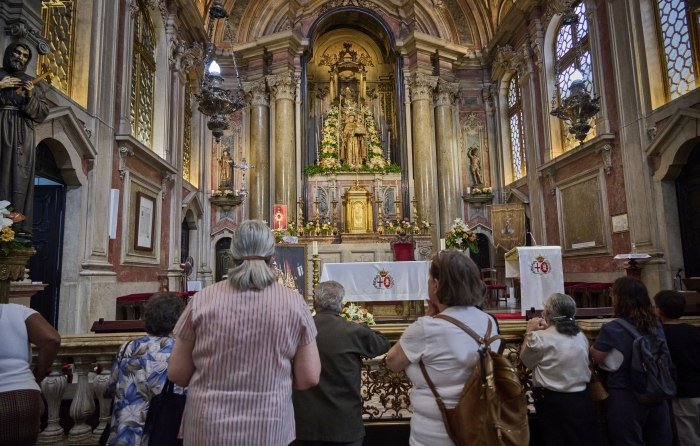