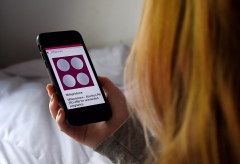 In response to when Bill 260 passed in the Ohio Senate on March 4, 2020, abortion provider Planned Parenthood released a statement which said, "Telemedicine is a safe way to expand access to people who may live far away from a surgical abortion health center. The bill would cut off access to safe, legal abortion for patients who currently have a hard time accessing a health care provider.”

“Ohio legislators should not be in the business of taking health care away from its citizens, and instead, focus on expanding access to reproductive health care,” said Planned Parenthood.

“As the proportion of chemically-induced abortion continues to increase, greater care – not less – ought to be exercised in ensuring women’s safety,” said Ohio Right to Life Vice President Stephanie Krider in a March 2020 press release.

“While it is too late for the unborn baby on whom the effects of this drug will be almost certainly fatal, using telemedicine to dispense dangerous, abortion-inducing drugs, as Planned Parenthood is already doing in Ohio, shows the abortion industry’s lack of regard for the danger it poses their patients," said Krider. "It is unacceptable to compromise patient safety for the convenience of the industry.”

“The first pill in the chemical abortion pill regimen, mifepristone, is highly regulated by the FDA due to safety concerns,” said Ohio Right to Life. “The FDA recorded nearly 4,200 adverse events from mifepristone between 2012 and 2018 and over 1,000 of those cases required hospitalization. Since the abortion pill regimen was first introduced in the U.S. in 2000, 24 women have died from chemical abortion complications.”