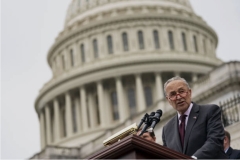 (CNSNews.com) - Among the jurisdictions that reported their abortion numbers to the Centers for Disease Control and Prevention for its latest annual Abortion Surveillance report, Washington, D.C. led with the highest number of abortions (501) per each 1,000 live births.

The CDC tracks the annual abortion numbers in 49 jurisdictions that provide it with reports on this data. These jurisdictions include Washington, D.C. and New York City and all of the states except California, Maryland and New Hampshire.

In 2019, the latest year on record, the District of Columbia had the highest abortion ratio of any reporting jurisdiction. There were 501 abortions in the nation’s capital that year for each 1,000 live births, according to the CDC's "Abortion Surveillance--United States, 2019, which was published Nov. 26, 2021. 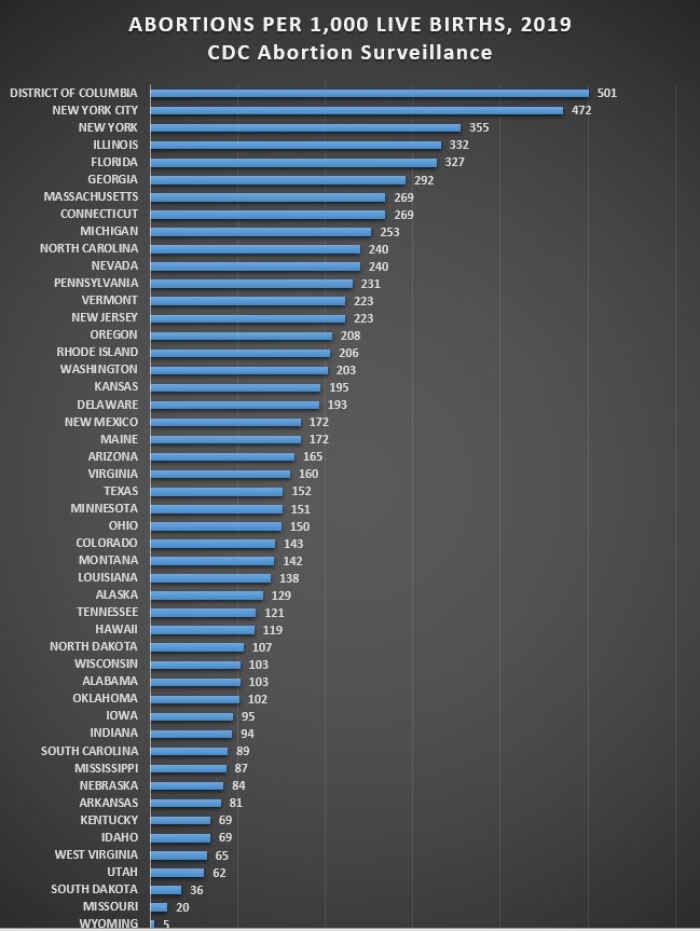 New York City had the second-highest abortion ratio in 2019 for the reporting jurisdictions. It had 472 abortions for each 1,000 live births.

New York City was followed by the entirety of New York State (including the city), which had 355 abortions for each 1,000 live births.

When ranked by the actual number of babies aborted in 2019, New York State ranked first with 78,587 abortions. Florida ranked second with 71,914 abortions; and Texas ranked third with 57,275 abortions.

(Texas enacted a law last May that took effect in September—and that the Supreme Court has declined to stop—that bans most abortions after a fetal heartbeat is detectable.) 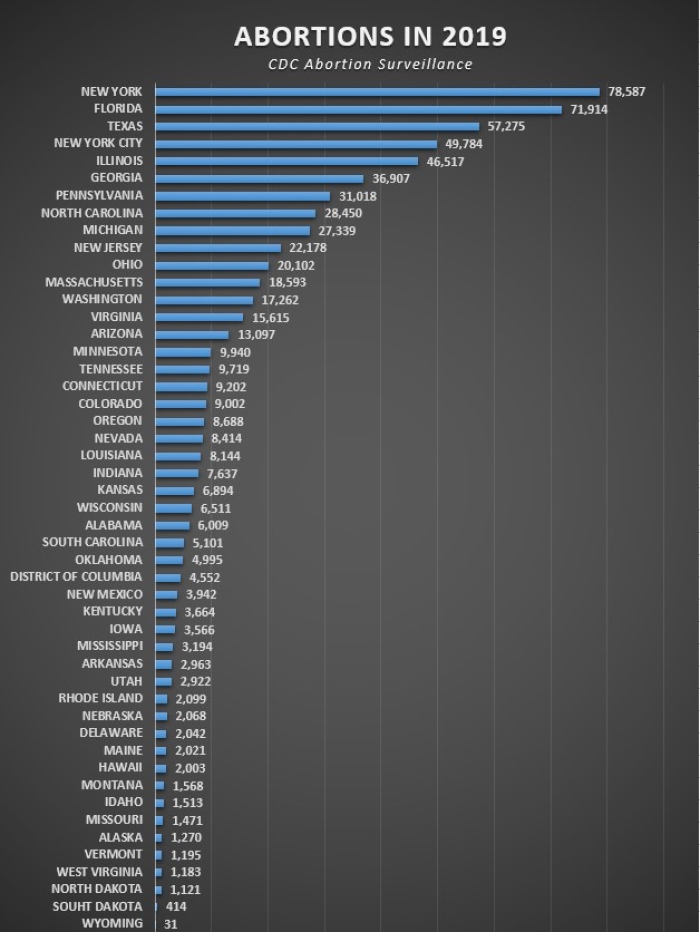 That was the highest percentage of non-resident abortions for any of the 49 jurisdictions reporting their abortions to the CDC. 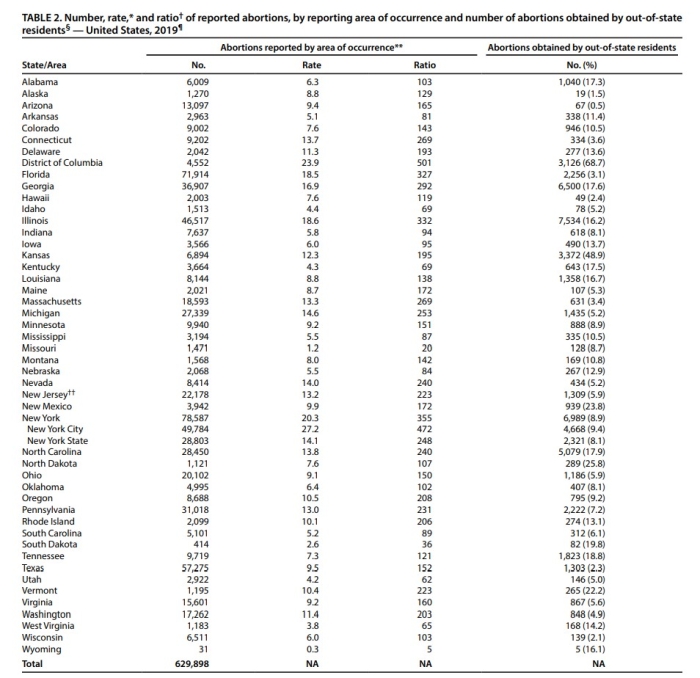