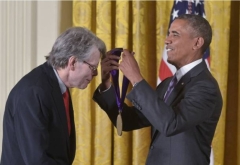 Stephen King, who lives in Maine and achieved fame and fortune writing horror novels, sent out a tweet on Thursday arguing that if men could get pregnant abortion would be a sacrament--or, as he initially spelt it, a "scrament."

“On a woman’s right to choose an abortion: Susan Collins voted no,” King said in an initial tweet on Wednesday.

Collins is a Republican senator from King’s home state of Maine, and she voted on Wednesday against ending debate on the Women’s Health Protection Act. 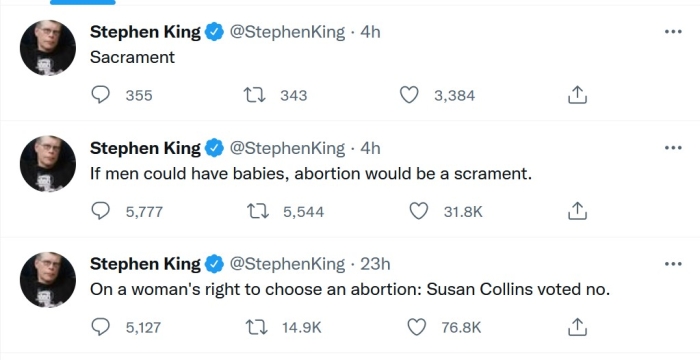 This afternoon, King followed that tweet with one that said: “If men could have babies, abortion would be a scrament.” (Sic).

He quickly followed that tweet with one that indicated he intended to write “Sacrament.”