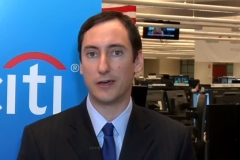 As the Biden Administration is being accused of trying to change the widely-accepted definition of “recession” in the face of a second straight quarter of GDP contraction, media and pundits are fiercely debating semantics – but, one noted economist says the definition doesn’t matter, because actions speak louder than words.

On Thursday, the U.S. Bureau of Economic Analysis (BEA) announced that the nation’s Gross Domestic Product (GDP) had contracted for the second consecutive quarter in the April-June 2022 period:

But, in anticipation of Thursday’s BEA report, the Biden Administration has been disputing the two-quarter-contraction definition. The White House even published a statement obfuscating the definition of “recession,” touting a “holistic” approach:

“While some maintain that two consecutive quarters of falling real GDP constitute a recession, that is neither the official definition nor the way economists evaluate the state of the business cycle.

“Instead, both official determinations of recessions and economists’ assessment of economic activity are based on a holistic look at the data—including the labor market, consumer and business spending, industrial production, and incomes.”

At a press event on Wednesday, White House Press Secretary Karine Jean-Pierre claimed that the administration was not changing the definition, because two quarters of contraction had never been the definition.

The real issue is whether people believe the country is in a recession – because, if they do, their behavior will make recession a reality, Hollenhorst told Bloombeg:

“Economists can debate what a recession is, but at the end of the day, if businesses and individuals believe there is a recession that’s how they’ll behave.”