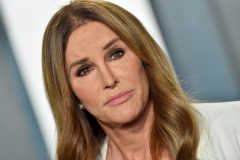 Jenner, a biological male, transitioned to a transgender female several years ago.  He is now 72 years old.

Then, on Fox News Channel's America Reports, hosted by Sandra Smith, Jenner said, "Biological boys, I've said from the beginning, should not be playing in women's sports. We need to protect women’s sports."

Jenner adder that this discussion now has been brought about because of transgender female swimmer Lea Thomas.  "I don't know why she's doing this," said Jenner. "It's not good for the trans community. ... It's also not good for women's sports."

"All of this woke world that we are living in right now is not working," said Jenner. "I feel sorry for the other athletes that are out there, especially at Penn or anybody she’s competing against because in the woke world you have to say,‘Oh, my gosh, this is great 'and on and on and on. No, it’s not."

"We need to protect women’s sports and the NCAA needs to make the right decision tomorrow, and I think that is probably to stop this right now," added Jenner. "Rethink it."

The NCAA currently is reviewing its policy on transgender athletes, particularly in response to Lea Thomas's wins against real female swimmers.

In a final question, Sandra Smith asked Jenner about President Biden's upcoming press conference (then on Wednesday). Jenner said he had no interest in watching it and added that it likely will be "a scam."