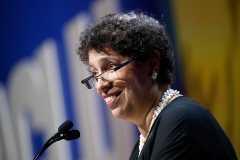 The American Civil Liberties Union's first response to COVID-19, issued March 2, stated that "individual rights must sometimes give way to the greater good." It argued that "people can sometimes be deprived of their liberty through quarantine."

This is not an indefensible position. But it is strange coming from an organization that has consistently rejected the need to balance individual rights with the common good. Roger Baldwin, the founder of the ACLU, said he would not serve on a jury because he did not want to be part of convicting anyone. When I asked him how society could function without punishing offenders, he answered, "That's your problem."

The ACLU's interest in protecting the public health is also new. In the 1980s, it passed a policy against state laws that criminalized the intentional transmission of AIDS to an innocent unsuspecting person. When I asked one of its officials, Gara LaMarche, to explain, all he could say was "homosexuals have rights."

If the public health is now a concern for the ACLU, it should have called for an independent investigation of New York Gov. Andrew Cuomo's March 25 order sending hospitalized nursing home patients with the virus back to their residence; AP estimates that his edict was applied to 4,500 patients. The ACLU has said nothing. Indeed, its New York affiliate commended him for leading a "valiant response to protect New Yorkers from the coronavirus. His actions have undoubtedly saved lives." It was referring to his release of prisoners, not his treatment of nursing home patients.

One might expect that the health-conscious ACLU would support President Trump's ban on travel from China, but instead it opposed it.

"These measures are extraordinary incursions on liberty and fly in the face of considerable evidence that travel bans and quarantines can do more harm than good." Yet when it came to the internment of 110,000 Japanese Americans during World War II—that surely represented "extraordinary incursions on liberty"—the national office supported it (the Northern California affiliate did not).

If ever there was a government ruling that the ACLU might be expected to oppose, it would be the stay-at-home orders issued by governors. But it did not. The ACLU of Minnesota said that "measures like this have overwhelming support from public health experts trying to protect our collective well-being during this unparalleled crisis." When the Wisconsin Supreme Court struck down the governor's extension of a stay-at-home order, the Wisconsin affiliate condemned the court for ignoring health warnings, thus "jeopardizing the health of all Wisconsinites."

The one exception to the stay-at-home measures it supported was when protesters took to the streets following the death of George Floyd. That was okay, even though thousands of people were jammed together in tight quarters, clearly violating the ACLU's demand for social distancing. All of a sudden, public health considerations were shelved. Never once did it condemn the destruction of property or the looting. It saved its anger for the police.

"Snitch patrols" in New York City and Los Angeles have been authorized by their mayors: they urge residents to turn in anyone who violates social distancing rules by calling a government hotline. The New York mayor even ordered the police to arrest swimmers.

"Anyone tries to get in the water," said Bill de Blasio, "they'll be taken right out of the water."

The ACLU has said not a word.

Illegal aliens and prisoners have occupied much of the ACLU's resources during this time. Its second statement on the virus called on the Trump administration not to enforce immigration laws. This was quickly followed with a call to release "vulnerable people" from detention. It sued California Gov. Gavin Newsom for not reducing the population in all of these facilities. In states throughout the nation, it based its position on social distancing needs—not public safety—and even developed its own epidemiological model to project the death toll in jails.

While some of these measures are novel, at bottom they are consistent with the ACLU's policies on prisons. In 1972, it launched the National Prison Project, dedicated to strengthening the rights of prisoners. This initiative was sparked by University of Virginia professor and ACLU operative Philip Hirschkop. Three years earlier, he co-authored an article, "The Unconstitutionality of Prison Life;" the title accurately conveyed his goal and that of the ACLU as well.

In the 1980s, the ACLU made its first foray into economic rights. It stunned traditional civil libertarians who considered this an egalitarian social justice matter, not a civil liberties issue. So it was hardly surprising that its response to coronavirus would include a demand for paid leave, singling out McDonald's workers as a victimized group.

On moral issues, the ACLU sued Arkansas to keep abortion services ongoing during the pandemic. Paradoxically, it said that incarcerated pregnant women should not only be released from prisons and jails, they should be "prioritized for release." It never explained why these women were entitled to preferential treatment.

When the ACLU was founded in 1920, it listed among its ten objectives every right encoded in the First Amendment except for the free exercise of religion. So it was only fitting to learn that executive director Anthony Romero told a reporter that he rejected requests to open up churches. Yet when the New York affiliate learned that Cuomo allowed for gatherings of up to 10 people for religious services and Memorial Day celebrations, it sued on behalf of a protester, citing preference for people of faith and veterans. Religious liberty was conveniently used as leverage, not as a right worth defending.

The ACLU's selective departure from traditional civil libertarian policies is a reflection of its origins. The popular notion that the ACLU was founded as a non-partisan defender of individual rights is pure myth.

When the American Mercury published a critical article on the ACLU in 1936, it threatened a libel suit. After an initial dustup, both sides agreed to have H.L. Mencken render a judgment. He decided there was nothing libelous about it. The free speech champions instantly branded him a fascist.

The ACLU was founded to defend the rights of labor, not free speech. It was so far left that it supported Stalin's totalitarian regime. Baldwin even admitted that "Communism is the goal." Big government was never a problem.

After moving to the center in the 1940s and 1950s, the ACLU turned left again. More recently, under Romero, it has condemned the free speech rights of board members who publicly disagree with its policies and has kept files on contrarian officials, seeking to purge dissidents. Principled civil libertarians such as Alan Dershowitz, Michael Myers, and Wendy Kaminer have thrown in the towel. The late Nat Hentoff was also incensed.

If we add to the ACLU's left-wing agenda its almost hysterical hatred of President Trump, its COVID-19 policies make a great deal of sense.