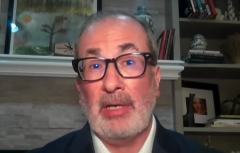 In the 28 years that I have been president of the Catholic League, few newspapers have been more hypocritical in their coverage of the Catholic Church than the Kansas City Star. It added to its legacy Wednesday when it ran an editorial claiming that the Church is still not transparent in its handling of the sexual abuse of minors.

The newspaper says the Church can correct this alleged deficiency by publishing a list of priests who were "credibly accused." It praises those dioceses which have done so. I don't. If anything, they are deserving of our condemnation, not commendation. The accused have rights, and that includes Roman Catholic priests.

Why should the Catholic Church publish a list of accused priests when no institution in the United States publishes a list of its employees who have been accused of sexual misconduct (or any offense, for that matter)? If they did, the list of those who work in the media would be extensive.

Moreover, if the names of those who have been accused, but not convicted, were made public by their employer, the employee should sue for reputational damage. In fact, the Catholic League filed an amicus brief in a case involving 11 Pennsylvania priests whose reputational rights were damaged when a grand jury report was made public listing their accused status. The Pennsylvania Supreme Court ruled 6-1 in our favor in December 2018.

The Star editorial says there needs to be an "easy-to-use national list of abusive clerics." It does not mention that almost all the molesting priests, over 80 percent of whom were homosexuals, are either dead or out of ministry. Nor does it mention that the Church's scandal is long over (most of the abuse took place between 1965 and 1985), quite unlike the public schools where this problem is ongoing.

In a report on the public schools published in 2016 by USA Today, it found the following: "Congress passed a law in December 2015 requiring states to ban school districts from secretly passing problem teachers to other jurisdictions or face losing federal funds. But 45 states have not instituted the ban."

The sentinels at the Kansas City Star should get on this one right away. But they won't—it doesn't involve the Catholic Church.

Finally, the Star quotes David Clohessy, the discredited former head of the Survivors Network of those Abused by Priests (SNAP), an outfit that was exposed several times as a total fraud by the Catholic League, and most definitively by former staff member Gretchen Rachel Hammond. That is why no one quotes Clohessy any more, save for the Star.

In 2011, when the Kansas City Star was relentless in its news stories on clergy sexual abuse, I sought a corrective: I offered the newspaper $25,000 to pay for an advertisement that sought to set the record straight, especially about the work of SNAP. I was denied without an explanation. It was not as though the newspaper couldn't have used the money—in the previous decade it had laid off a thousand employees. We all know why I was turned down.

For all of these reasons, the Kansas City Star is a joke.

P.S. I have a new book coming out in September that addresses this subject in detail: "The Truth about Clergy Sexual Abuse: Clarifying the Facts and the Causes," published by Ignatius Press.