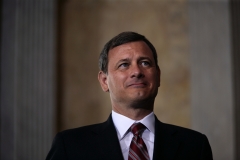 The U.S. Supreme Court ruled 6-3 that it is unconstitutional for Maine to provide public funds for private schools but not religious schools. It is an important victory for religious liberty and school choice.

Maine has many rural areas where there is no public school. It was decided in 1873 that the state would pay for students in those areas to go to any school they wanted, including private and religious ones. In 1980, the state's attorney general ruled that religious schools would no longer be an option, citing separation of church and state concerns.

The Supreme Court ruled that if the state is going to provide public funding for private schools, it cannot deny funds to religious schools.

That amounts to religious discrimination.

In December oral arguments, Roberts made plain his thinking.

He astutely noted that if the issue is the promotion of "sectarian" thinking, then "one religion says that's what they do with education, and the other religion says, no, we use it to propagate the faith." He added, "we have said that that is the most basic violation of the -- the First Amendment religion clauses, for the government to draw distinctions between religions based on their doctrine."

What Roberts said would surely apply to situations where Christian schools that entertain secular views (e.g., on creation and marriage) would be eligible for public funding but orthodox ones would not. What else would this be but discrimination based on religion?

It is no secret that African Americans and Hispanics are the two minority groups that have been pushing the hardest for school choice. They want a way out from being confined — condemned would not be too strong a word — to the local public school. While the Maine decision may not have direct application to them, it will surely inspire school-choice activists and lawmakers to craft new school-choice initiatives that will.

The big losers are the teachers' unions, the ACLU, and Americans United for Separation of Church and State. Their efforts to deny equal opportunity to blacks and Latinos took a big step backwards.